What does Johana mean?

[ 3 syll. jo-ha-na, joh-ana ] The baby girl name Johana is pronounced as JHowHHAANaa or YowHHAA-Naa- †. Johana is of Hebrew origin and it is used mainly in Czech.

In addition, Johana is a spelling variant (Czech) of the Czech, Dutch, English, Estonian, Finnish, German, Hungarian, and Scandinavian Johanna and a derivative (Czech) of the English Jane.

The origin and meaning of the name Johana is inherited by all variant forms.

Johana is unusual as a baby name for girls. Its usage peaked modestly in 2001 with 0.016% of baby girls being named Johana. It ranked at #748 then. The baby name has since experienced a marked drop in popularity, and is currently used only on an infrequent scale. Among the group of girl names directly related to Johana, Jane was the most popular in 2018. 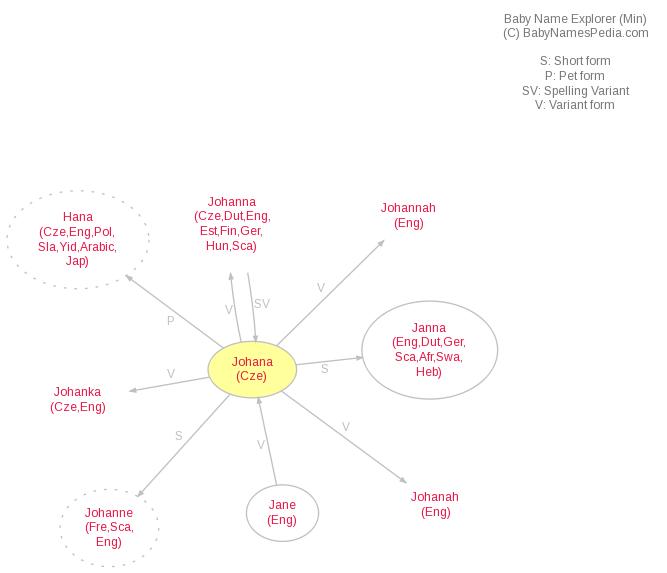