What does Johanna mean?

[ 3 syll. jo-han-na, joh-a-nna ] The baby girl name Johanna is pronounced in Dutch as Yow-HHAAN-Naa or in German as Yow-HHAA-Naa †. Johanna's language of origin is Hebrew, and it is predominantly used in the Czech, Dutch, English, Estonian, Finnish, German, Hungarian, and Scandinavian languages.

Johanna is also a German and Hungarian variant transcription of Jean (English and Scottish).

Johanna is also a variant transcription of Joan (English).

Johanna is also a variant transcription of Johana (Czech).

Johanna is an all-time favorite. Currently it is still a fairly popular baby name for girls, though not to the extent it was in the past. The name's popularity rose from the 1950s up to the 1980s. Its usage peaked modestly in 1984 with 0.051% of baby girls being given the name Johanna. It ranked at #265 then. The baby name has since experienced a drop in popularity. In 2018, it ranked at #536 with a usage of 0.032%. Among the group of girl names directly linked to Johanna, Joanna was the most frequently used. The name was twice as popular as Johanna in 2018. 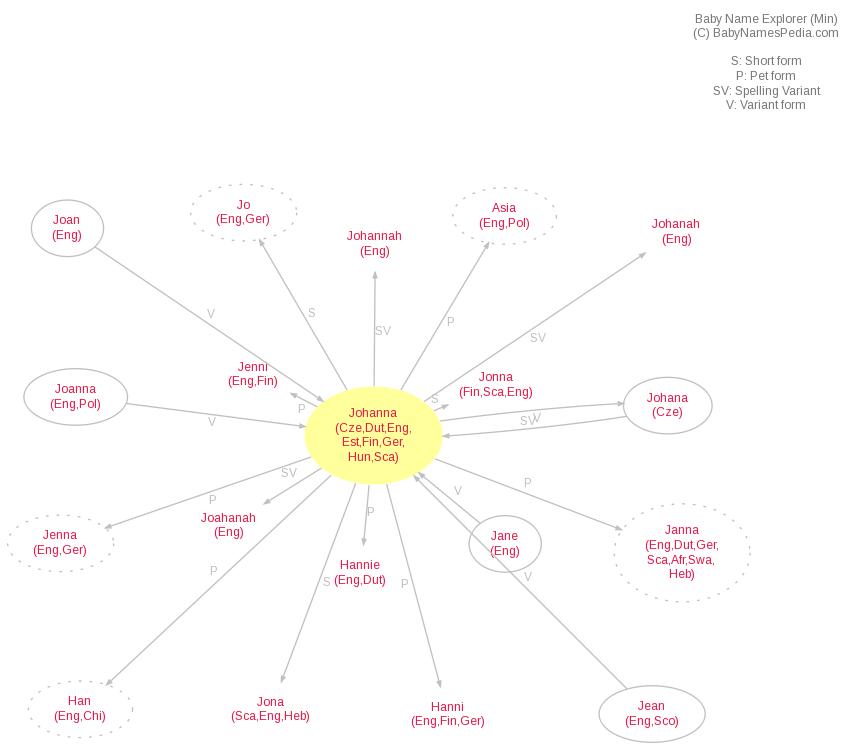