What does Johnna mean?

[ 2 syll. joh-(n)na, jo-h-nna ] The baby girl name Johnna is pronounced as JHAA-Naa- †. Johnna is used mostly in English and it is of Hebrew origin.

In addition, Johnna is a derivative of the English name Jane.

Both the origin and meaning of the name Johnna is inherited by all variant forms.

Johnna is uncommon as a baby girl name. At the modest height of its usage in 1963, 0.031% of baby girls were named Johnna. It had a ranking of #387 then. The baby name has seen a substantial loss in popularity since then, and is currently used on an infrequent scale. In 2018, within the family of girl names directly related to Johnna, Jane was the most widely used. 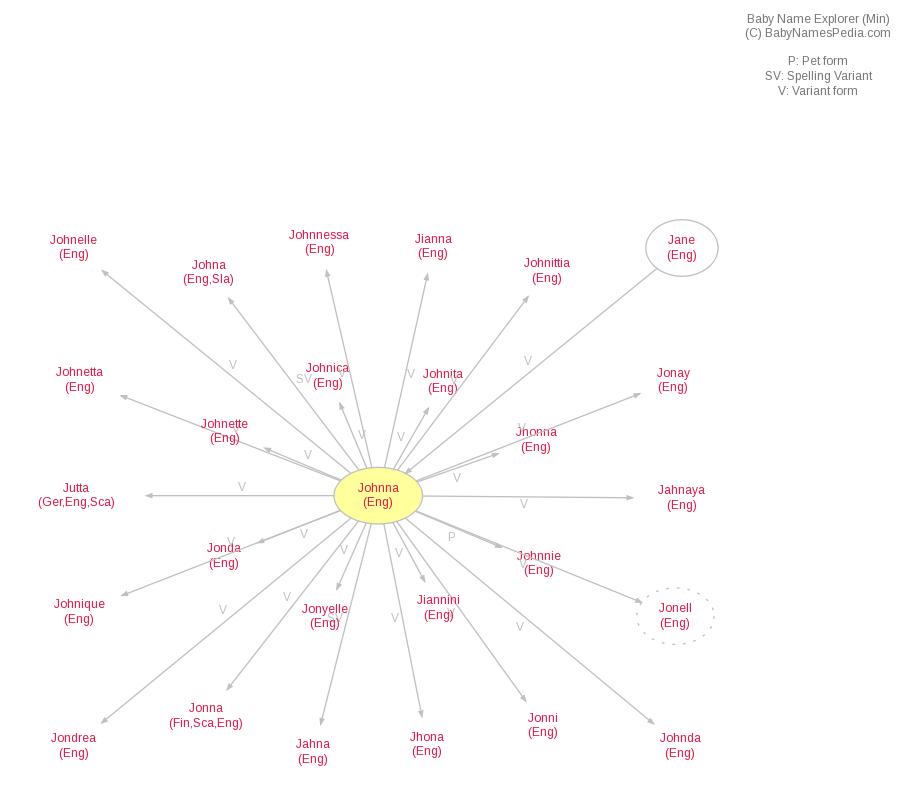