What does Jolie mean?

[ 2 syll. jo-lie, jol-ie ] The baby girl name Jolie is pronounced in English as JHOW-Liy or in French as ZHow-LIY †. Jolie is used chiefly in French and English. Its origin is English and French. French origin, English use: The name could be from the French word 'jolie', or else it could have developed as a form of other names such as Julia, Julie, or Juliana.

In addition, Jolie is a familiar form of the name Jolene (English) in the French language.

Variant forms share the origin and meaning of Jolie. 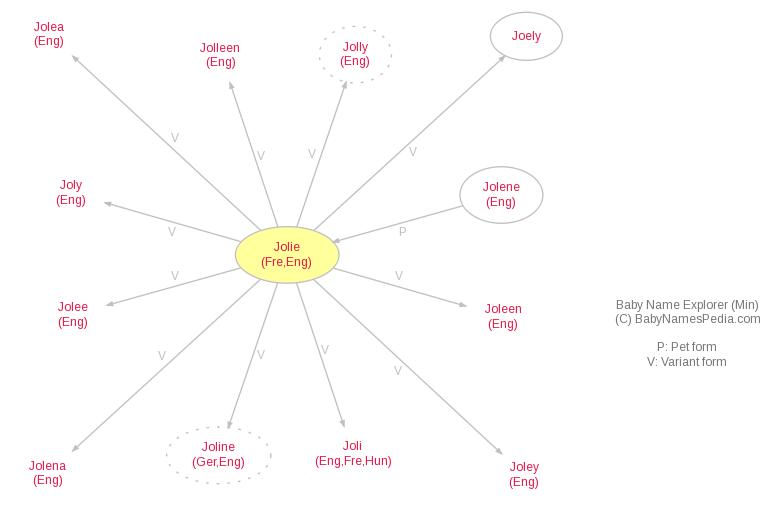