What does Jonell mean?

[ syll. jo-nel(l), jon-e-ll ] The baby girl name Jonell is pronounced as JHOWN-AHL †. Jonell is largely used in English and its origin is English-American. The name is derived from the combination of Joan and Elle, possibly as a feminine form of John.

Jonell is a spelling variant of the name Johnell (English).

Jonell is also a variant transcription of the name Johnna (English).

Variant forms inherit the origin and thus the meaning of Jonell.

Jonell is rare as a baby name for girls. At the modest peak of its usage in 1937, 0.005% of baby girls were named Jonell. Its ranking then was #955. The baby name has since slipped in popularity, and is now of irregular use. Out of the group of girl names directly related to Jonell, Elle was the most popular in 2018. 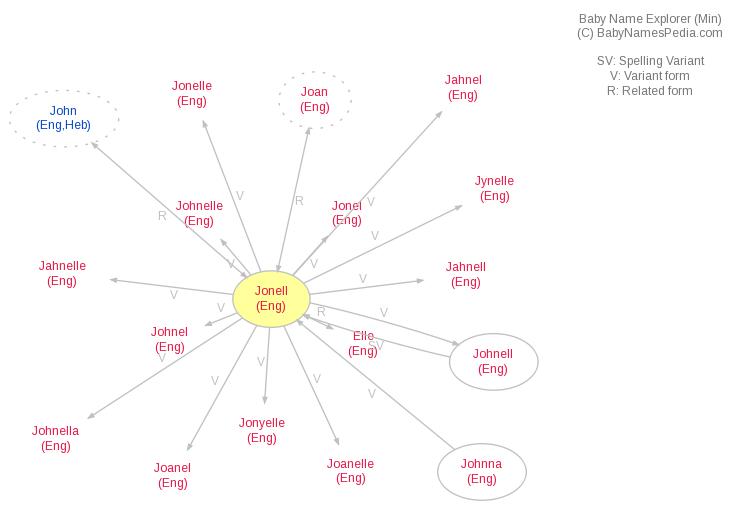