What does Jordan mean?

[ 2 syll. jor-dan, jo-rd-an ] The baby girl name Jordan is also used, and more commonly so, as a boy name. It is pronounced JHOWR-DahN (English) †. Jordan has its origins in the Hebrew language. It is used largely in English, German, and Hebrew. It is a biblical name derived from hayarden which means 'flowing down' ; yeredh 'to descend, to sink'. The name was first used for girls during its revival in the 19th century, and subsequently it was popularized by the British glamour model Jordan (Katie Price, 1978-). See Jordan for more information.

What are the Variant Forms of Jordan?

Jordan is rather popular as a baby girl name. The name increased in popularity from the 1970s up to the 1990s; prior to that, it was of only sporadic use. At the modest peak of its usage in 1997, 0.376% of baby girls were named Jordan. It had a ranking of #40 then. The baby name has experienced a decline in frequency since then. In 2018, it ranked at #375 with a usage of 0.045%, but it was nevertheless the 2nd most popular after Jordyn, out of all girl names in its family. The name was twice as popular as Jordan in 2018. Jordan has mainly been a boy name in the last century. There were 6 times more boys than girls who were named Jordan in 2017.

Baby names that sound like Jordan include Jardan, Jorrdan, Johrdan, and Jordian. 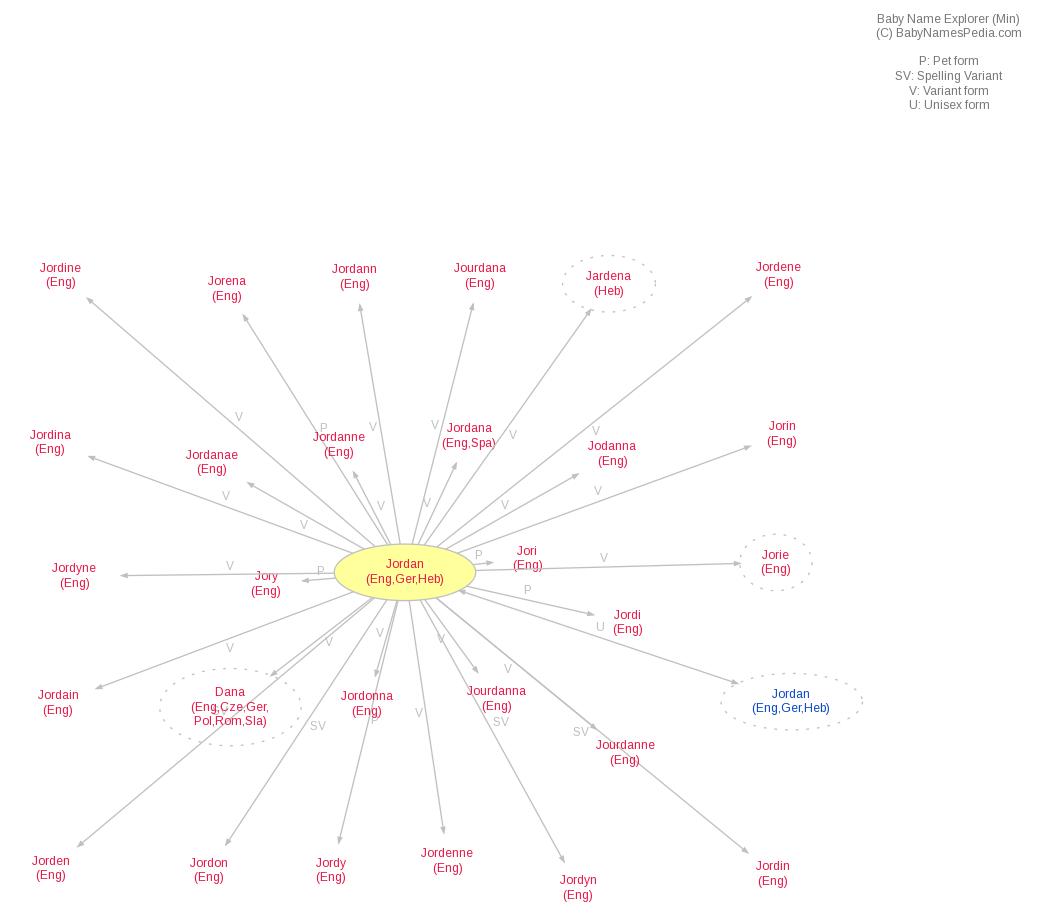