What does Jordan mean?

[ 2 syll. jor-dan, jo-rd-an ] The baby boy name Jordan is also used, but less frequently, as a girl name. Its pronunciation is JHOWR-DahN in English †. Jordan is an English, German, and Hebrew name of Hebrew origin. The name is from the sacred River Jordan in Israel where Jesus was baptized by John the Baptist. The name of the river is Yarden (Hebrew), which is from the Hebrew word 'hayarden' or 'yeredh' (meaning to descend, to sink), in reference to the water from the river flowing to the Sea of Galilee and ultimately the Dead Sea. The name was introduced by the Crusaders returning to England, and it was commonly bestowed upon their children baptized in the river itself, or by holy water taken from the river. The name was initially used for boys. It died out by the medieval period, but it later saw a revival in the 19th century among English speakers, since when it started use as a unisex name. See Jordan for more information.

What are the Variant Forms of Jordan?

Jordan is popular as a baby name for boys. The name's popularity rose from the 1910s up to the 1990s. At the height of its usage in 1991, 0.756% of baby boys were given the name Jordan. It ranked at #29 then. The baby name has since experienced a fall in popularity. In 2018, its usage was 0.241% and its ranking #82, but it was nonetheless the most popular within all boy names in its group. In 2018, 5 times more boys were named Jordan than the next ranked name, Jared. Jordan has in the past century been mostly given to baby boys. In 2017, the name Jordan was given to 6 times as many baby boys than girls. 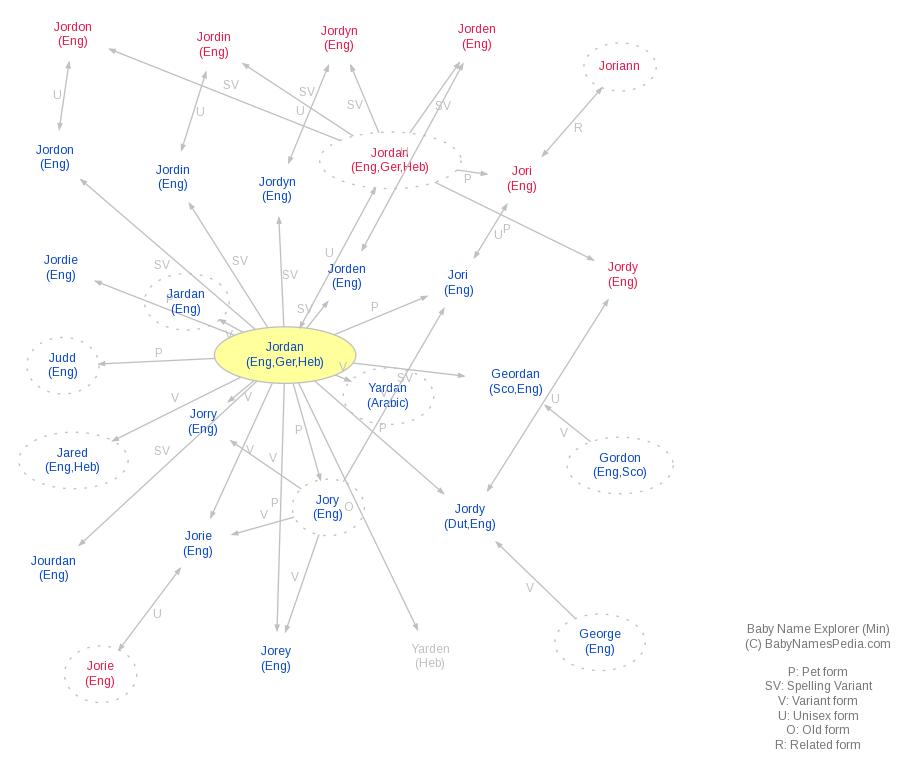