What does José Manuel mean?

[ 4 syll. jo-s&eacute; manu-el ] The baby boy name José Manuel is pronounced in Spanish as HHow-SEHMaa-NWEHL †. José Manuel's language of origin is Spanish and it is also predominantly used in the Spanish language. The name is from the combination of José and Manuel.

Variant forms inherit the origin and meaning of José Manuel.

José Manuel is an irregularly used baby boy name. It is not listed in the top 1000. In 2018, among the family of boy names directly linked to José Manuel, Manuel was the most commonly used.

A baby name that sounds like José Manuel is Hanale (Hawaiian). 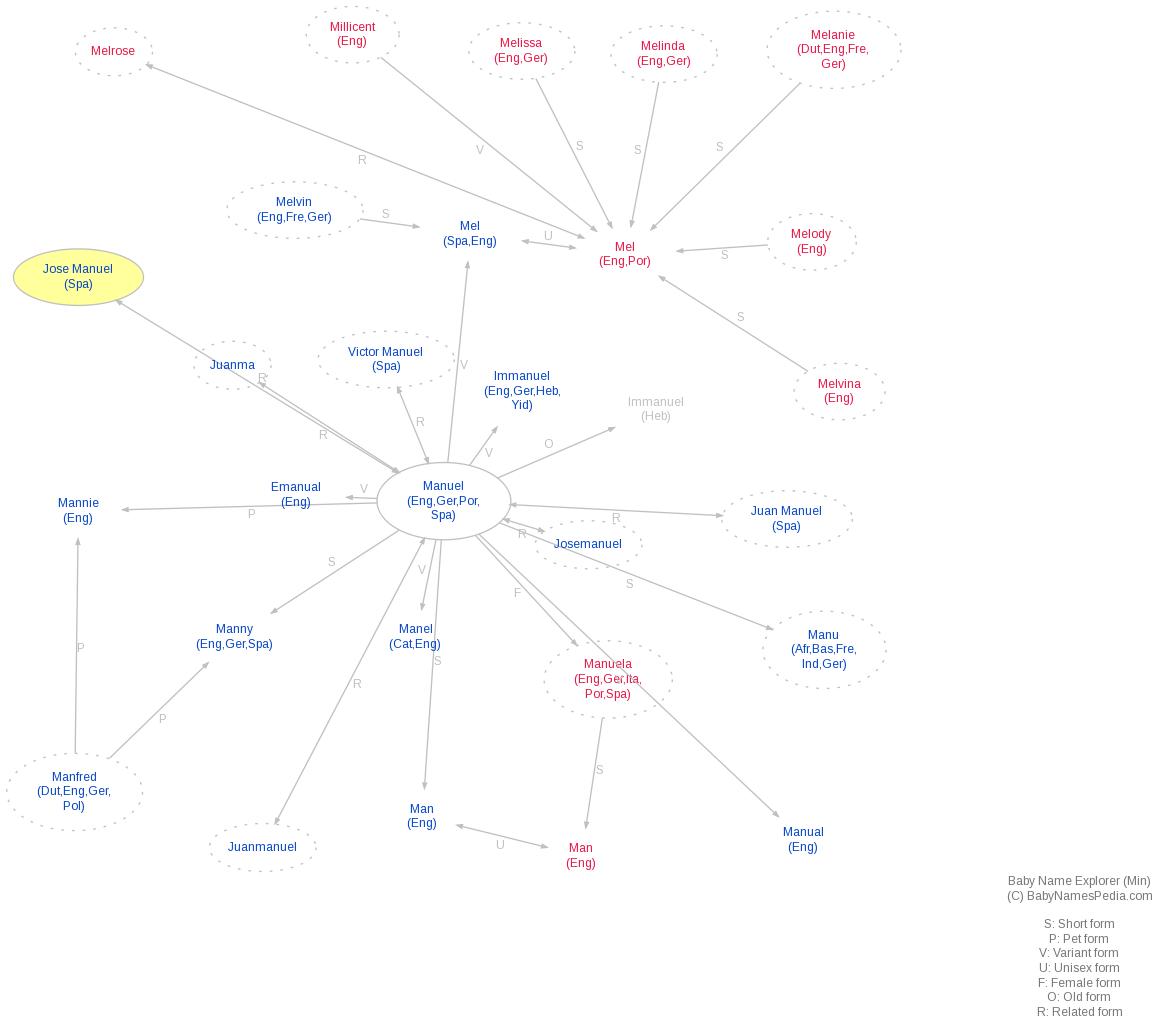