What does Jove mean?

[ syll. jo-ve, jov-e ] The baby boy name Jove is pronounced as JHOWV- †. Jove is used chiefly in English. Its origin is Latin and Indoeuropean. Jove was one of the names of the Roman god Jupiter commonly used by people swearing under oath in Roman courts; hence the term 'By Jove!'.

Jove is a variant of the name Jovan (English and Slavic).

Jove is also a variant of the name Jupiter (Dutch, English, Finnish, French, German, and Scandinavian) in the English language.

Giove, Jovee, Jovi, and Jovito are variants of Jove.

Variant forms share the origin and meaning of Jove.

Jove is uncommon as a baby boy name. It is not listed within the top 1000. 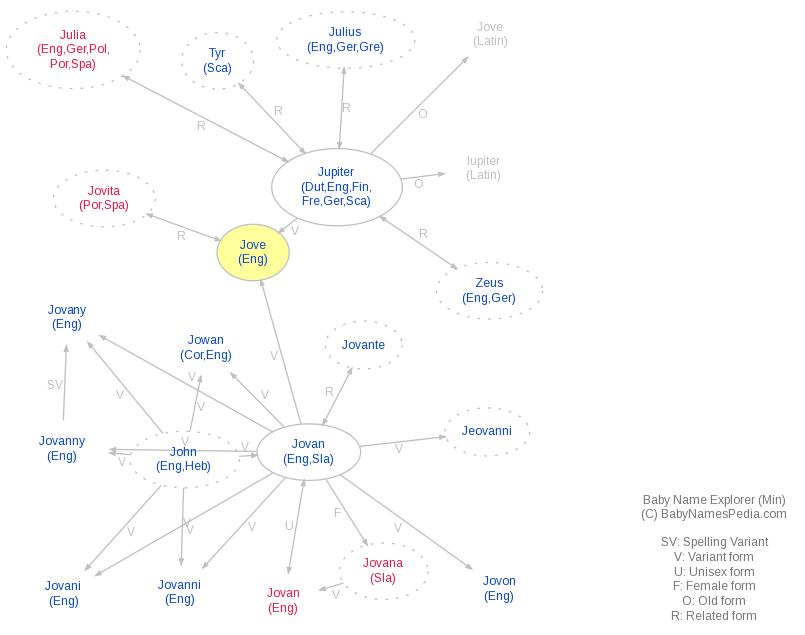