What does Jovi mean?

[ 2 syll. jo-vi, jov-i ] The baby girl name Jovi is also used as a boy name. It is pronounced JHOWViy †. Jovi's language of origin is Latin.

Jovi is a contracted form of the Portuguese and Spanish Jovita.

Forms of Jovi include the names Jovee, Jovey, Jovia, Jovie, and Jovy.

Jovi is not commonly used as a baby girl name. It is not in the top 1000 names. 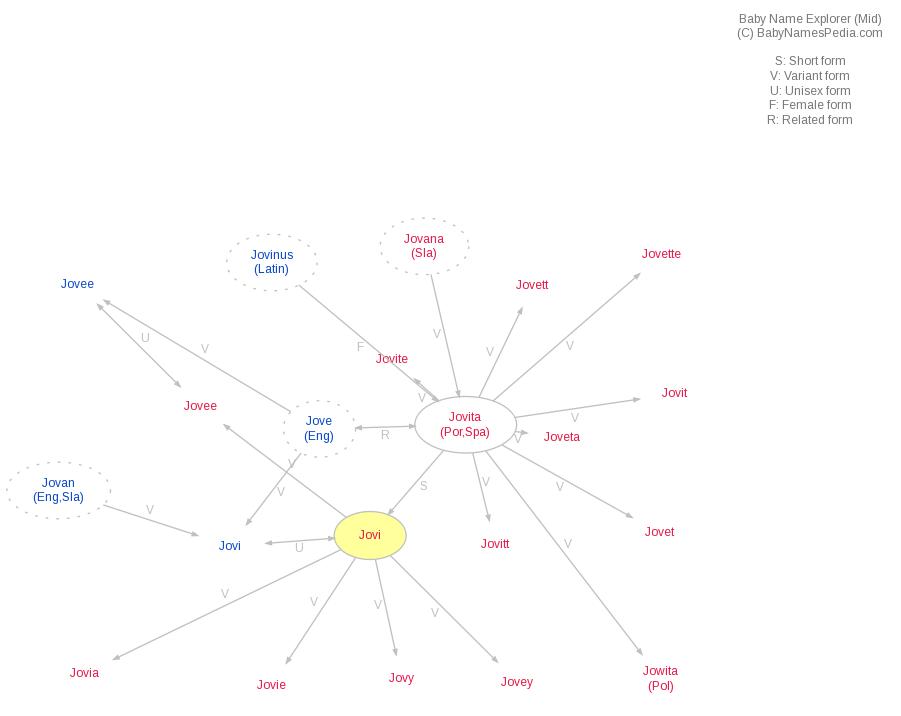