What does Jovita mean?

[ 3 syll. jo-vi-ta, jov-ita ] The baby girl name Jovita is pronounced HHow-VIY-Taa (Spanish) †. Jovita is of Latin origin. It is used mainly in Portuguese and Spanish. The name Jovita means 'dedicated to Jove'.

Jovita is a form of the Slavic Jovana.

Jovita is the feminine equivalent of the Latin Jovinus.

Another form of the name is the shortening Jovi.

Jovita is rare as a baby girl name. At the modest peak of its usage in 1930, 0.005% of baby girls were named Jovita. It had a ranking of #925 then. The baby name has dropped in popularity since then, and is used only on a very light scale now. Out of all girl names in its family, Jovita was nevertheless the most widely used in 2018.

Baby names that sound like Jovita include Hafidha (African and Swahili), Hypatia (English), and Hypate. 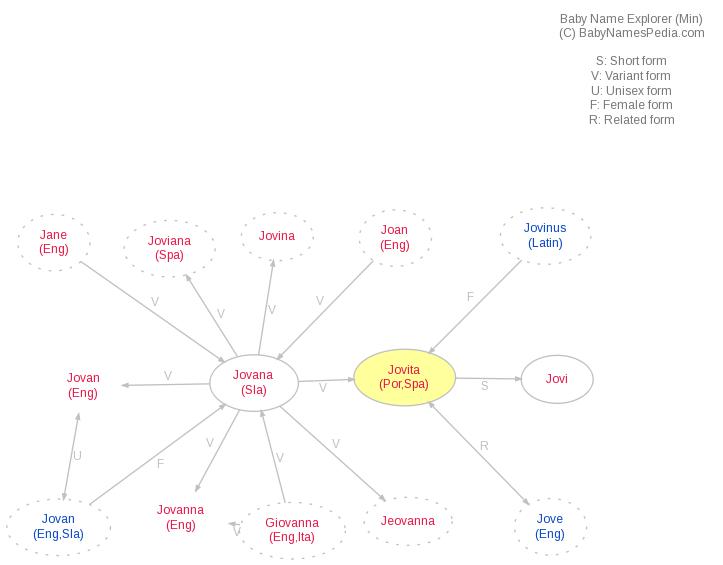