What does Joyce mean?

Joyce is unusual as a baby name for boys. Its usage peaked modestly in 1932 with 0.008% of baby boys being given the name Joyce. It ranked at #628 then. The baby name has since experienced a loss in popularity, and is currently of infrequent use. Among all boy names in its group, Joyce was nonetheless the most popular in 2018. Joyce has mostly been a girl name in the past century. In 1946, the name Joyce was given to 270 times as many girls than boys. 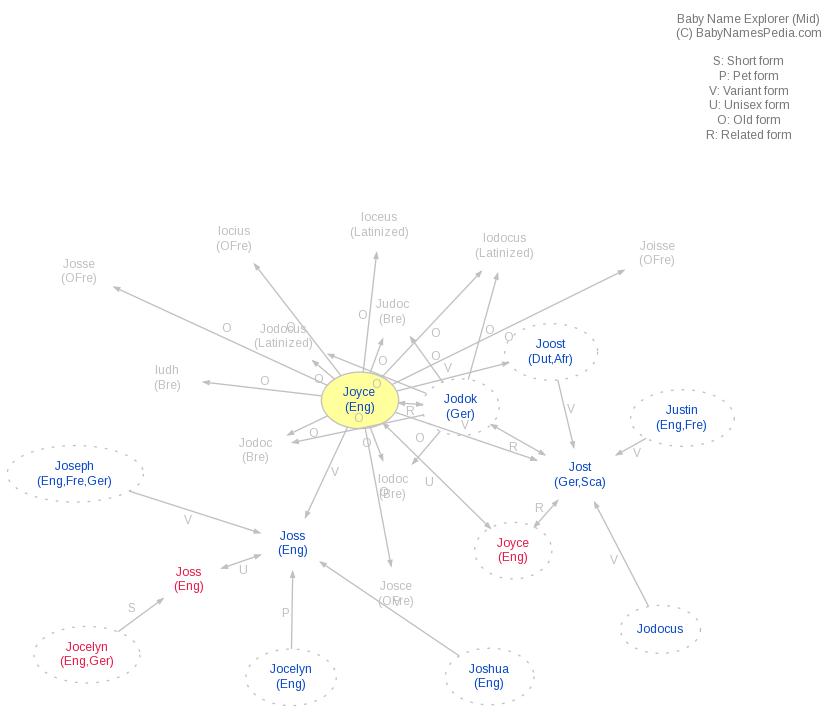