What does Juan mean?

[ 1 syll. j-uan, ju-an ] The baby boy name Juan is pronounced in Spanish as HHWAAN †. Juan is largely used in the Manx and Spanish languages, and it is derived from Hebrew origins. The name is derived via Iohannes (Latinized). It is best known from Don Juan, the legendary Spanish seducer of women who first featured in Tirso de Molina's play The Trickster of Seville and the Stone Guest (1630), and later in numerous works such as Molière's play Dom Juan (1665), Mozart's opera Don Juan (1787) and Lord Byron's poem Don Juan (1821).

In addition, Juan is a Manx and Spanish variant of the name John (English and Hebrew).

The name Juana (Spanish and English) is the female equivalent of Juan.

Juan has 16 variants that are used in English and other languages. Variants used in English include Chan, Dejuan, Jajuan, Juanch, Juanchito, Juane, Juanelo, Juann, Juaun, Juwan, Juwann, Jwan, and Kyjuan. A variant of Juan in other languages is Yuan (Manx). Specific foreign variants include the diminutive forms Juanito (Spanish) and Juano (Spanish).

Variant forms inherit the origin and meaning of Juan.

Juan is a classic favorite. Currently it is still popular as a baby name for boys, though to a lesser extent than it was in the past. The name's popularity jumped from the 1910s up to the 2000s. Its usage peaked modestly in 2005 with 0.387% of baby boys being given the name Juan. It ranked at #55 then. The baby name has since declined in popularity. In 2018, its usage was 0.146% and its ranking #139. Among the group of boy names directly linked to Juan, John was the most commonly used. In 2018, the name was thrice as popular as Juan. 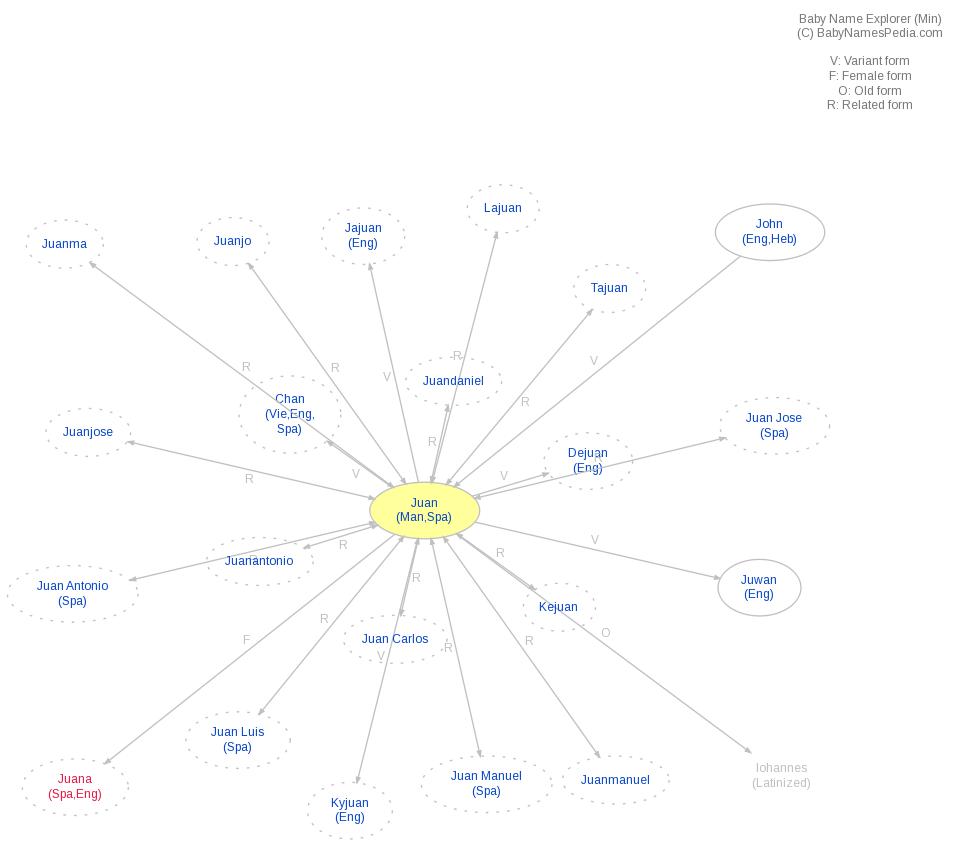