What does Judas mean?

[ 2 syll. ju-das, jud-as ] The baby boy name Judas is pronounced as JHUW-DahS in English †. Judas is an English, German, Latin, and Greek name of Hebrew origin. The name is derived from Ioudas (Old Greek), which is itself from Judah. In the New Testament of the Bible, the name was borne by various chracters and notably Judas Iscariot, the apostle who betrayed Jesus. The name has therefore not been popular although it was also borne by another apostle and by Judas Maccabaeus, who liberated Judea from the Syrians.

Judas is a derivative (English, German, and Latin) of the English name Judah.

The Hebrew name Xudas is a derivative of Judas.

Both the origin and meaning of the name Judas is inherited by all variant forms.

Judas is uncommon as a baby name for boys. It is not in the top 1000 names. Within the group of boy names directly related to Judas, Judah was the most widely used in 2018. 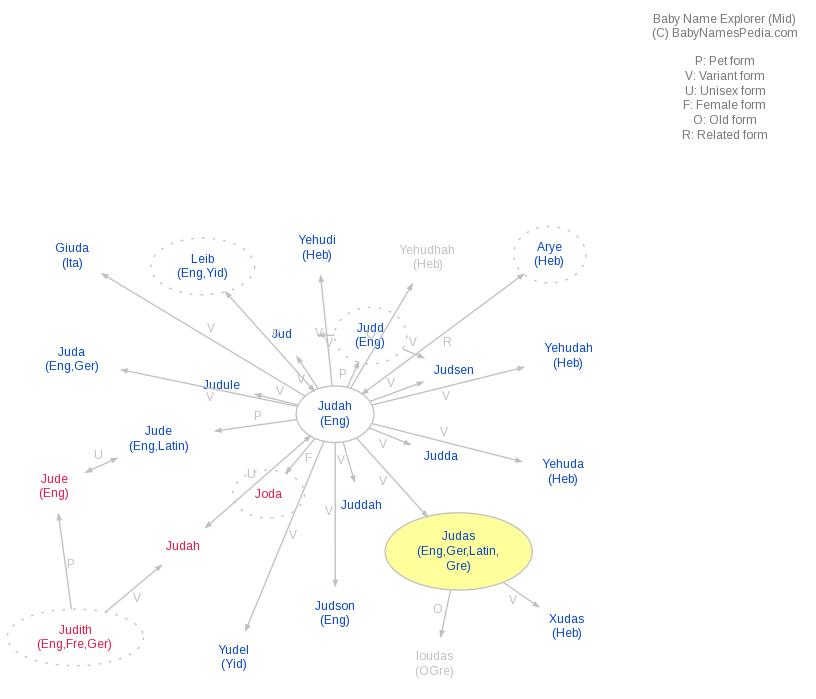