What does Junia mean?

[ 3 syll. ju-nia, jun-ia ] The baby girl name Junia is pronounced as YUW-Niy-aa- †. Junia is used mostly in the English and Greek languages. Its language of origin is English and Latin. Latin origin, English use: A biblical name, its meaning is derived from the word 'junius'. An old form of Junia is Junius (Latin). The Roman name Junius could be from the name of the Roman goddess Juno. The name Junia was borne by an early Christian mentioned by Paul in his Epistle to the Romans, who was described as an important person; the gender of the person is not clear.

In addition, Junia is a derivative of the English name June.

Junia is also a derivative (Greek) of the English and German name Juno.

The name Iunia is a derivative of Junia.

Junia is a rare baby girl name. It is not ranked within the top 1000. In 2018, out of the family of girl names directly linked to Junia, June was the most widely used. 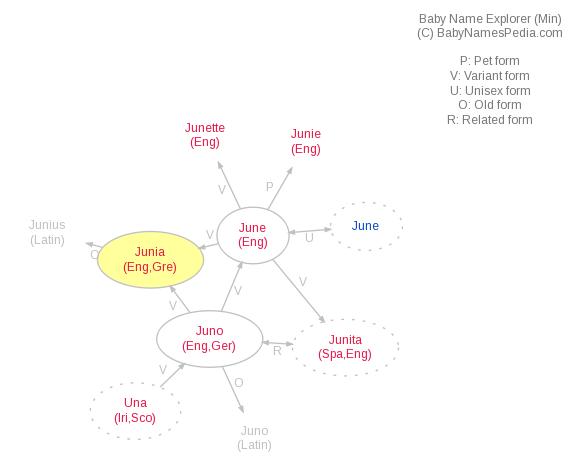