What does Juno mean?

[ 2 syll. ju-no, jun-o ] The baby girl name Juno is pronounced JHUW-Now in English †. Juno's origin is Latin and Celtic, and its use, English and German. An older form of the name is Juno (Latin). The name was borne in Roman mythology by the queen of the gods, who was also the sister and wife of Jupiter. The name was later adopted by the Irish as a form of the Gaelic Úna.

In addition, Juno is a variant form of the Irish and Scottish Úna in the English language.

Variant forms share both the origin and meaning of the name Juno.

See also the related form, the Spanish and English Junita.

Juno is uncommon as a baby girl name. It is not in the top 1000 names. In 2018, within the family of girl names directly related to Juno, June was the most frequently used. 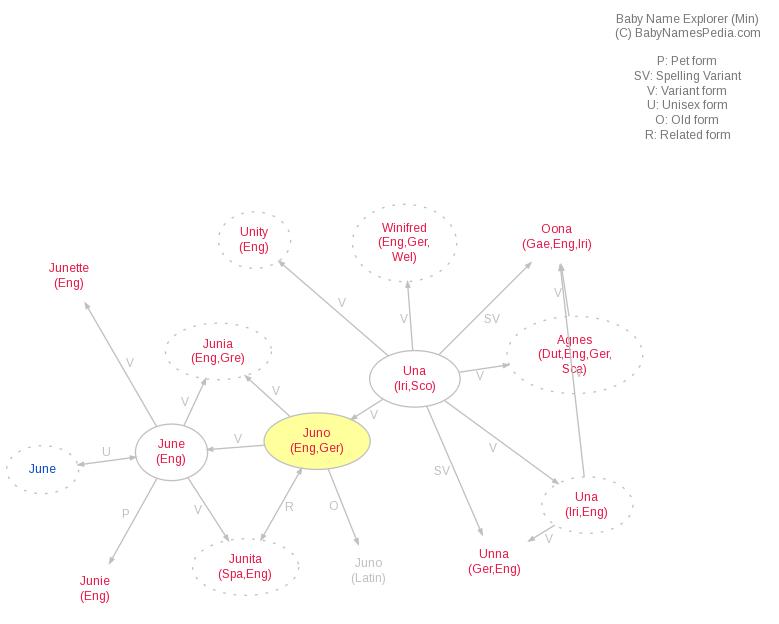