What does Jupiter mean?

[ 3 syll. ju-pi-ter, jup-it-er ] The baby boy name Jupiter is pronounced in English as JHUW-Pih-TahR †. Jupiter is largely used in the Dutch, English, Finnish, French, German, and Scandinavian languages. It is derived from Indoeuropean origins. Iupiter (Latin) and Jove (Latin) are original forms of Jupiter. The name was borne in Roman mythology by Jupiter, the supreme god and equivalent of the Greek god Zeus. Like Zeus, the name is derived from that of the Indoeuropean deity Dyeus Pater meaning 'O Father God' from the elements 'dyeus' (meaning light, deity) and 'pater'. The Vedic or Sanskrit equivalent of the name is Dyaus Pita. Jupiter is also known as the largest planet in the solar system, and it is the fifth planet from the sun.

Jupiter is an irregularly used baby boy name. It is not listed in the top 1000. In 2018, among the family of boy names directly linked to Jupiter, Julius was the most popular. 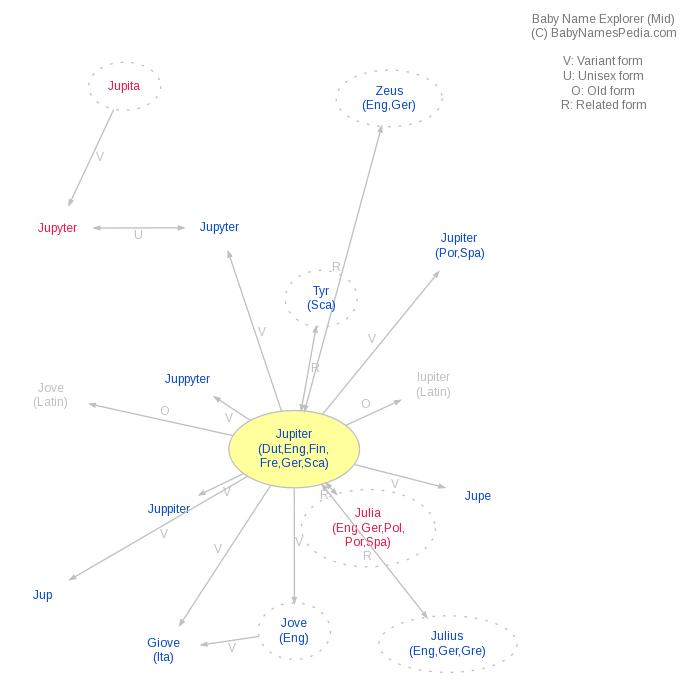