What does Ka mean?

[ 1 syll. ka ] The baby girl name Ka is pronounced as KAA †. Ka is primarily used in Dutch and its language of origin is Old Greek. Ka is a diminutive form of the Dutch, English, German, and Scandinavian name Catharina.

See also the related forms, the English Kanisha and the name Kashawn.

Ka is not widely used as a baby name for girls. It is not in the top 1000 names. 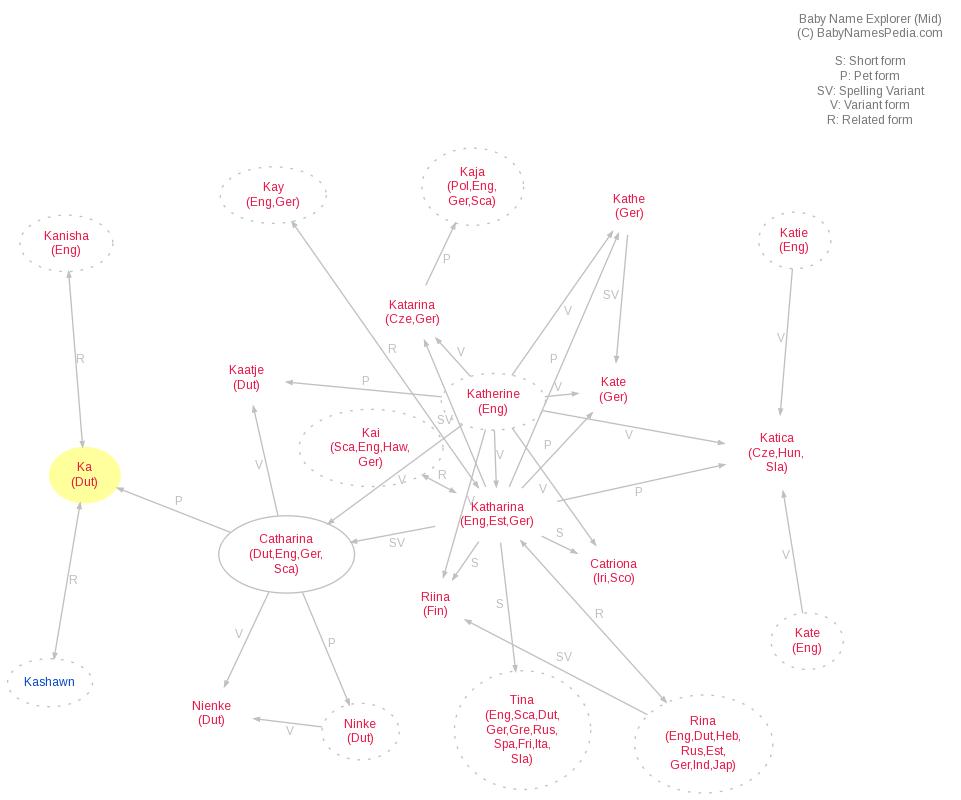