What does Kade mean?

Kade's origin is Scottish. Here, it means from the wetlands.

Kade is a variant spelling of the name Cade (English).

Kade is fairly popular as a baby name for boys. The name's popularity has been growing since the 1990s. Its usage peaked modestly in 2018 with 0.048% of baby boys being given the name Kade. Its ranking then was #355. Among all boy names in its group, Kade was the most popular in 2018. Kade was more regularly used than the subsequent ranked name, Cade, by 12% in that year. 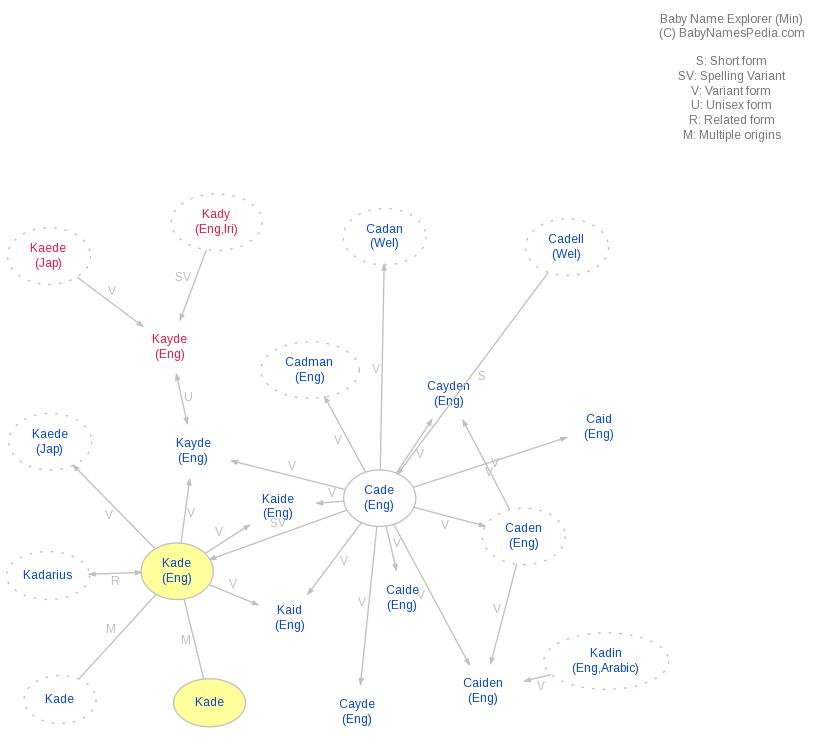