What does Kai mean?

[ 1 syll. kai, ka-i ] The baby girl name Kai is also used, and more commonly so, as a boy name. It is pronounced KAY (German) †. Kai has its origins in the Old Greek and Hawaiian languages. It is used largely in Scandinavian, English, Hawaiian, and German. From Hawaiian roots, its meaning is 'sea' - in this context, Kai can be used in the English and Hawaiian languages. See Kai for more information.

In addition, Kai is a Scandinavian form of the Italian and English Gaia.

Kai is also a Scandinavian familiar form of the English Katherine.

Kai is also a spelling variant of the English and German Kay.

Forms of Kai include the names Kae, Kaia, Kaie, Kaj, Kaja, and Kye.

See also the related forms, the name Kaishawn and the English, Estonian, and German Katharina. 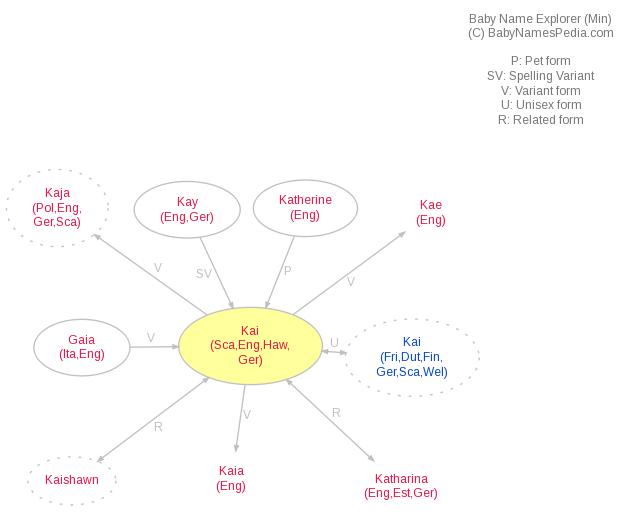