What does Kalea mean?

[ 3 syll. ka-lea, kal-ea ] The baby boy name Kalea is also used as a girl name. It is pronounced as Kaa-LEH-aa- †. Kalea is largely used in the Hawaiian language and it is also derived from Hawaiian origins. The name's meaning is happiness.

Kalea is a variant of the name Kali (Hawaiian).

Kaleah, Kalei, Kaleigh, and Kaley are variants of Kalea.

Kalea is rarely used as a baby name for boys. It is not listed in the top 1000 names. 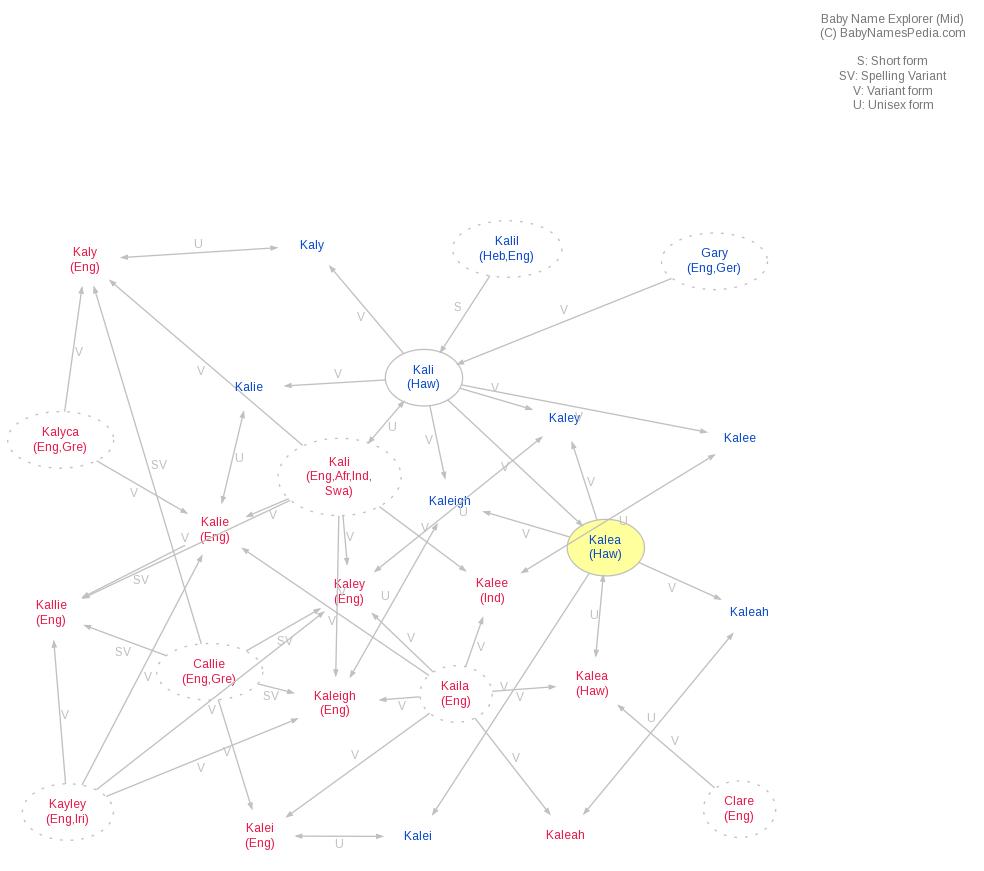