What does Karsyn mean?

[ syll. kar-syn, ka-rs-yn ] The baby boy name Karsyn is also used as a girl name, with the latter form being somewhat more common. Karsyn's origin is Celtic. Karsyn is a variant of the name Carson (English, Irish, and Scottish).

Karsyn is somewhat popular as a baby name for boys. The name's popularity has been increasing since the 2010s; before that, it was of sporadic use only. At the modest height of its usage in 2018, 0.011% of baby boys were given the name Karsyn. It ranked at #940 then. Within the group of boy names directly linked to Karsyn, Carson was the most regularly used in 2018. It was used 24 times more than Karsyn in that year. Karsyn has in the past century been mostly given to girls. 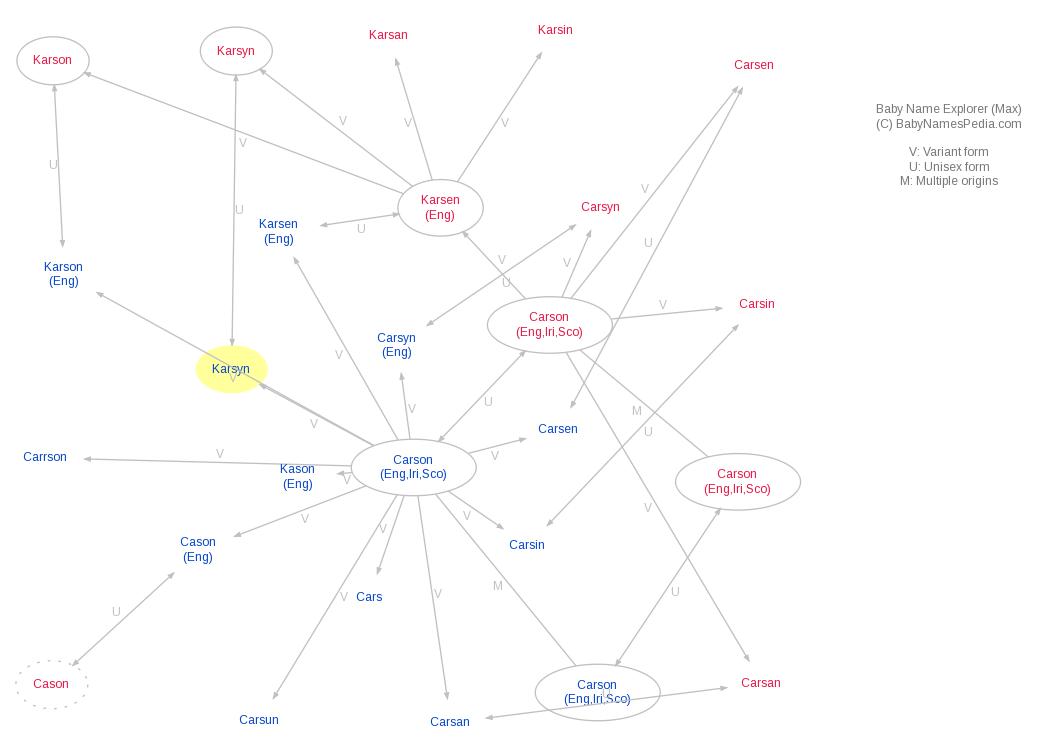