What does Kate mean?

[ 1 syll. ka-te, kat-e ] The baby girl name Kate is pronounced as Key-T †. Kate is used chiefly in English and it is derived from Old Greek origins. Kate represents the Norman French pronunciation of '-th-' in the name Katherine. The name has been used by English speakers since the medieval period. It was later chosen by Shakespeare for the titular 'shrew' in The Taming of the Shrew (1590-1594), which was made into a subsequent Broadway musical Kiss Me Kate (1948-), and as the pet name of Princess Katharine in Henry V (1599).

Kate is a contracted form of the name Katherine (English).

Kate has 25 variants that are used in English and other languages. English variants of Kate include Cait, Caitie, Catey, Catie, Kait, Kaitlin, Kata, Katey, Kathe, Katica, Katka, and Kayt. Other English forms include the contracted form Kat, the familiar forms Katee, Kati (used in Estonian and Hungarian too), Katie, Kattie, and Katy, and the spelling variants Cate, Kaite, and Kayte.

Cáit (Irish), Ceit (Scottish), Kasia (Polish), and Katja (Estonian) are variants of the name that are used in other languages.

Variant forms share the origin and meaning of Kate. 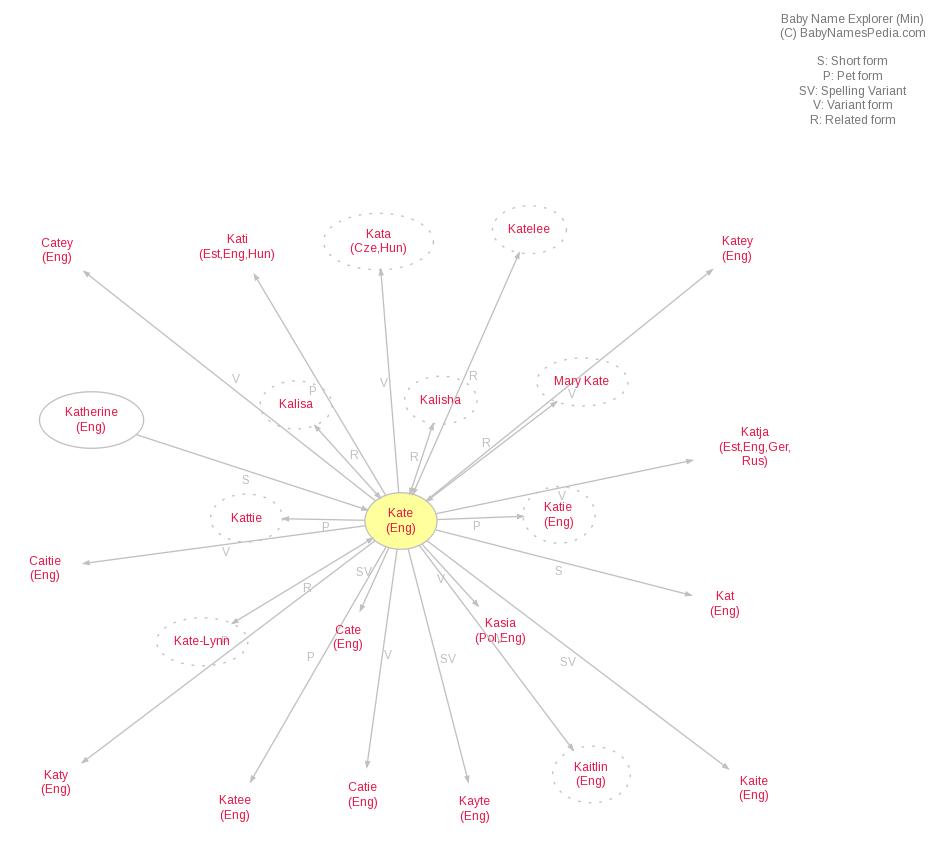