What does Katharina mean?

[ 4 syll. kat-ha-ri-na, ka-thar-ina ] The baby girl name Katharina is pronounced Kaa-Taa-RIY-Naa- †. Katharina is of Old Greek origin, and it is used largely in the English, Estonian, and German languages. Katharina is a variation of Katherine (English).

Forms of Katharina include the short forms Catriona (Irish and Scottish), Riina (Finnish), and Tina (Frisian and German), the diminutive forms Katica (Czech, Hungarian, and Slavic), Käte (German), and Käthe (German), and the variant spellings Catharina (Dutch, English, German, and Scandinavian) and Katarina (Czech and German).

Katharina is rarely used as a baby name for girls. It is not listed in the top 1000 names. In 2018, out of the group of girl names directly linked to Katharina, Katherine was the most regularly used. 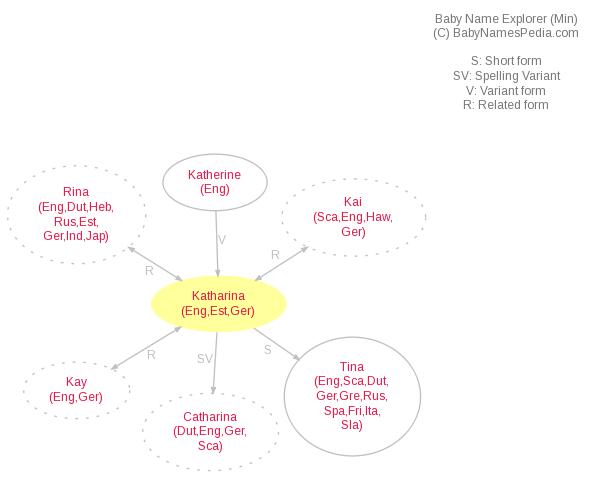