What does Kaya mean?

[ 2 syll. ka-ya, kay-a ] The baby girl name Kaya is also used as a boy name, though the use for girls is far more popular. It is pronounced KEY-aa- †.

Kaya's language of origin is Native American-Hopi and it is predominantly used in English. The name Kaya means 'little but wise'. Its meaning is derived from the word kaka-hoya.

Forms of Kaya include the names Kaea, Kaiah, Kaija, Kaja, Kayah, and Kyah.

Kaya's language of origin is Japanese. Here, the meaning is 'yew tree; rush'. The name has various meanings depending on the Japanese characters used.

In addition, Kaya is a form (English and Japanese) of the English and German Kay.

Kaya is uncommon as a baby girl name. At the modest height of its usage in 2004, 0.026% of baby girls were named Kaya. It was #539 in rank then. The baby name has markedly dropped in popularity since then, and is currently used only on an infrequent scale. Within the family of girl names directly related to Kaya, Kaia was the most popular in 2018. 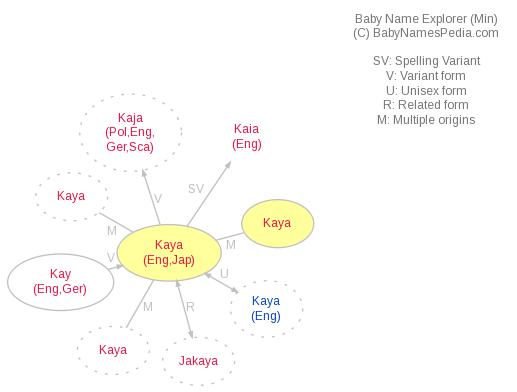