What does Kayla mean?

[ 2 syll. kay-la, ka-yla ] The baby girl name Kayla is also used as a boy name, though the use for girls is far more popular. It is pronounced KEY-Laa †. Kayla's language of origin is Hebrew, Old Greek, and Celtic. It is predominantly used in English and Hebrew.

Kayla is a form of the English Kaila.

Kayla is also a form of the English Katherine.

Kayla is also a diminutive of Michaela in the English and Hebrew languages.

Kayla is a popular baby girl name. The name increased in popularity from the 1960s up to the 1990s. At the peak of its usage in 1991, 0.913% of baby girls were named Kayla. It had a ranking of #12 then. The baby name has experienced a drop in frequency since then. In 2018, it ranked at #149 with a usage of only 0.102%, but it was nevertheless the 3rd most popular after Kaylee and Katherine, out of all girl names in its family. Kaylee was more widely used than Kayla by 57% in 2018. In the last century Kayla has mainly been a baby girl name. 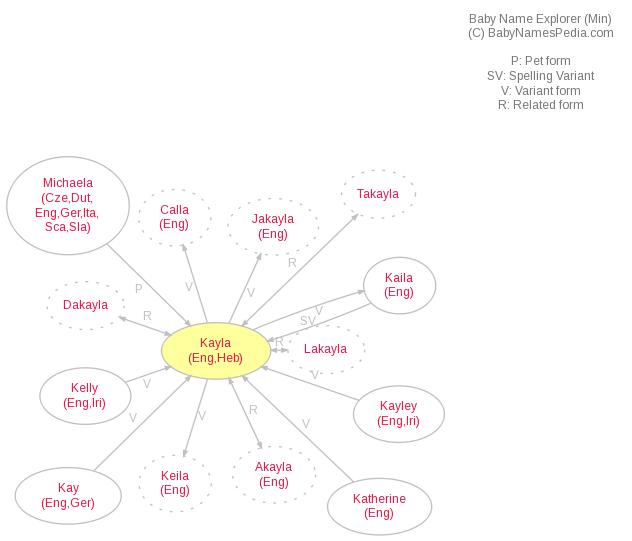