What does Keanu mean?

[ 3 syll. kea-nu, ke-anu ] The baby boy name Keanu is sometimes used as a girl name. It is pronounced as Kiy-AA-Nuw- †. Keanu is largely used in the English and Hawaiian languages, and it is derived from Hawaiian and Celtic origins. From Hawaiian roots, its meaning is cool breeze. It is derived from the elements 'ke' meaning one, the one ; 'anu' cool.

In addition, Keanu is a Hawaiian variant of the name Keenan (English and Irish).

Keanu is a somewhat popular baby name for boys. Its usage peaked modestly in 1995 with 0.018% of baby boys being given the name Keanu. Its ranking then was #538. The baby name has since steeply declined in popularity, and it is of infrequent use in recent years. In 2018, its usage was only 0.014% and its ranking #809, but it was nonetheless the most popular among all boy names in its group. In 2018, Keanu was more commonly used than the subsequent ranked name, Keenan, by 22% . In the past century Keanu has predominantly been a baby boy name. 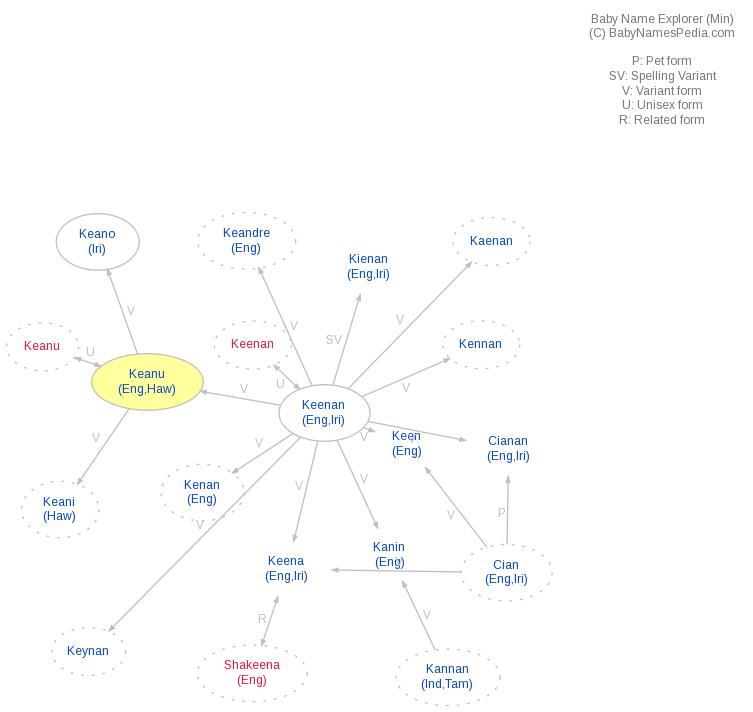