What does Kearney mean?

[ 2 syll. kea-(r)ney, ke-arn-ey ] The baby boy name Kearney is also used as a girl name. Its pronunciation is KIH-RNiy- †. Kearney is largely used in the English language and its origin is Celtic. The name's meaning is warlike.

Kearney has 19 variants that are used in English and other languages. Variants used in English include Carney, Catharnaigh, Karnea, Karnee, Karney, Karni, Karnie, Karny, Kearne, Kearnea, Kearnee, Kearni, Kearnie, Kearny, Kern, Kerne, and Kerney. The short form Kearn is another English variant. A variant of Kearney in other languages is Cathaoir (Irish).

Kearney is infrequently used as a baby name for boys. It is listed outside of the top 1000 names. 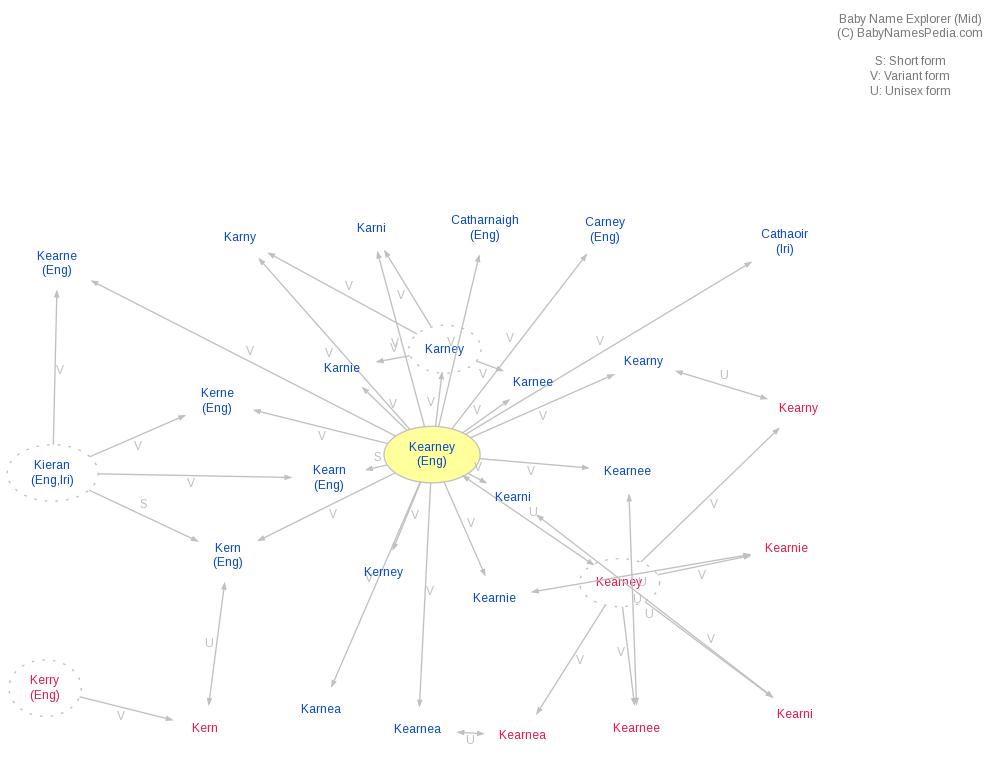