What does Kedar mean?

[ 2 syll. ke-dar, ked-ar ] The baby boy name Kedar is pronounced as Keh-DAA-R †. Kedar is of Arabic and Sanskrit origin, and it is used mainly in the English language. From Sanskrit roots, its meaning is 'mountain lord'.

Kedar is a variation of Kadar (English).

Kedar is also a variation of Kadir (Arabic, English, and Turkish).

Kedar is not regularly used as a baby name for boys. It is not listed in the top 1000 names. 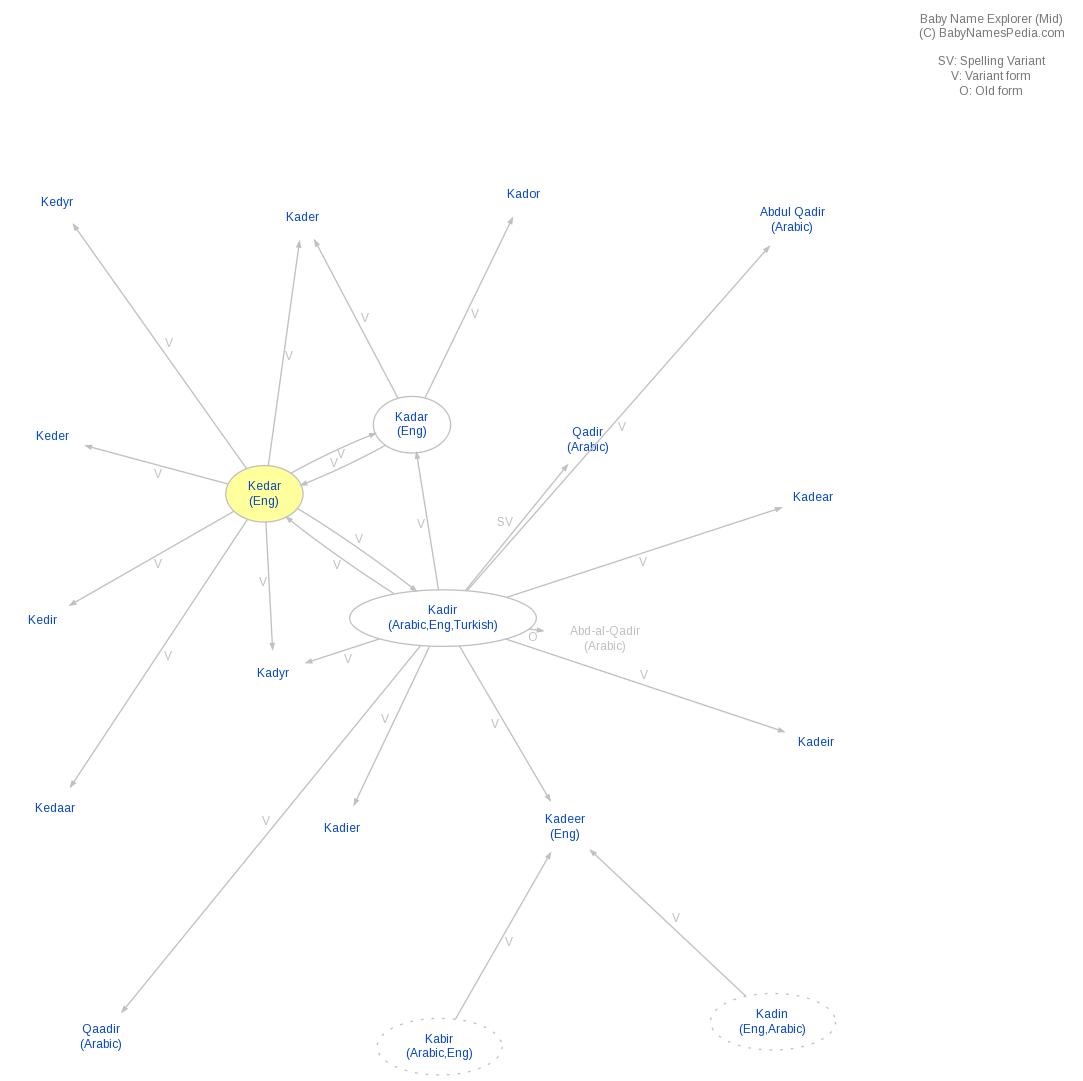