What does Keelin mean?

[ 2 syll. kee-lin, ke-el-in ] The baby girl name Keelin is also used as a boy name. It is pronounced KIY-LihN †. Keelin is of Celtic origin and it is used mainly in Irish. The meaning of Keelin is 'slender and fair'. It is derived from caol meaning 'narrow, slender' ; fionn 'white, fair'. The name Caoilfhionn was borne by various Irish saints; it has been variously Anglicized as Keelin or Kaylyn.

In addition, Keelin is a form of the English and Irish Kelly.

Keelin is the feminine form of the English Keelan.

What are the Variant Forms of Keelin?

Keelin is not commonly used as a baby girl name. It is not in the top 1000 names. Within the family of girl names directly related to Keelin, Kelly was the most popular in 2018. 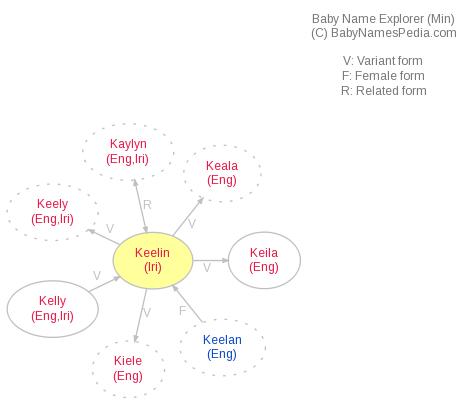