What does Keenan mean?

[ 2 syll. kee-nan, ke-en-an ] The baby boy name Keenan is also used as a girl name, but it is much more common for boys. It is pronounced as KIY-Nae-N †. Keenan is used predominantly in the English and Irish languages, and it is derived from Celtic origins. The name's meaning is little ancient one. It is derived from the element 'cian' meaning ancient. The name is Anglicized from Cianán, which is itself from Cian combined with a diminutive suffix.

Keenan is a classic favorite. Today it is still somewhat popular as a baby name for boys, though it was in more widespread use in the past. The name's popularity rose from the 1950s up to the 1990s; before that, it was of very light use only. Its usage peaked modestly in 1997 with 0.036% of baby boys being given the name Keenan. It ranked at #354 then. The baby name has since experienced a fall in popularity. In 2018, its usage was 0.012% and its ranking #926. Among the group of boy names directly linked to Keenan, Keanu was the most frequently used. In 2018, it was used 22% more than Keenan. Keenan has mostly been a baby boy name in the past century. 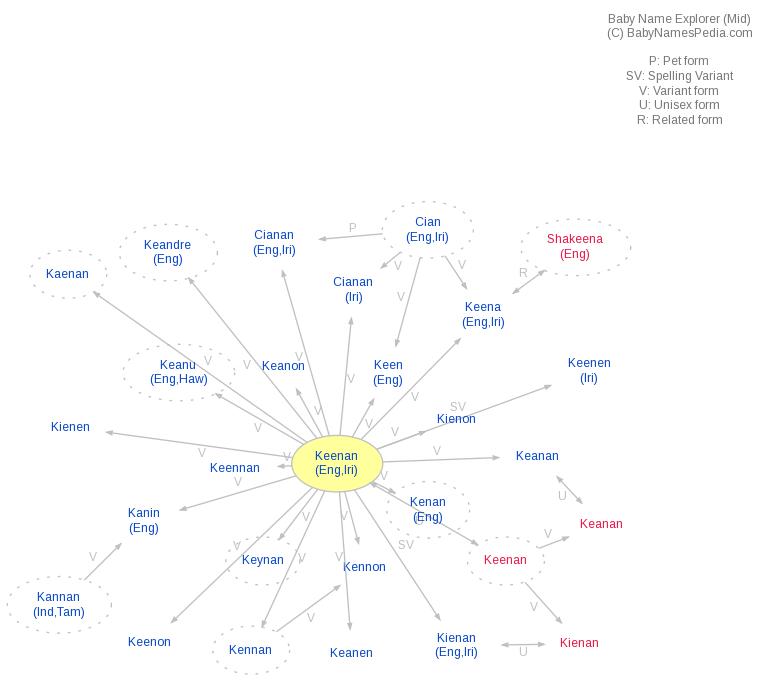