What does Keisha mean?

[ 2 syll. kei-(s)ha, ke-i-sha ] The baby girl name Keisha is pronounced as KEY-SHaa- or KIY-SHaa- †. Keisha is used mostly in English. Its language of origin is African-Bobangi, Hebrew, and English-American. The name could be derived from the African name Keshia, but the possibility is low. It is more likely derived from the fashionable combination of the prefix 'K-' with Aisha, or else it could be from Hebrew roots. It is a name popular with Afro-Americans.

Keisha is a derivative of the English name Keshia.

Keisha is also a derivative (English) of the English and Hebrew name Kezia.

Keisha is also a contracted form of the English name Lakeisha.

The origin and thus the meaning of the name Keisha is inherited by all variant forms.

Keisha is rare as a baby girl name. At the peak of its usage in 1976, 0.065% of baby girls were named Keisha. It had a ranking of #233 then. The baby name has suffered a substantial fall in frequency since then, and is currently used on a very modest scale. In 2018, out of the family of girl names directly related to Keisha, Aisha was the most regularly used. 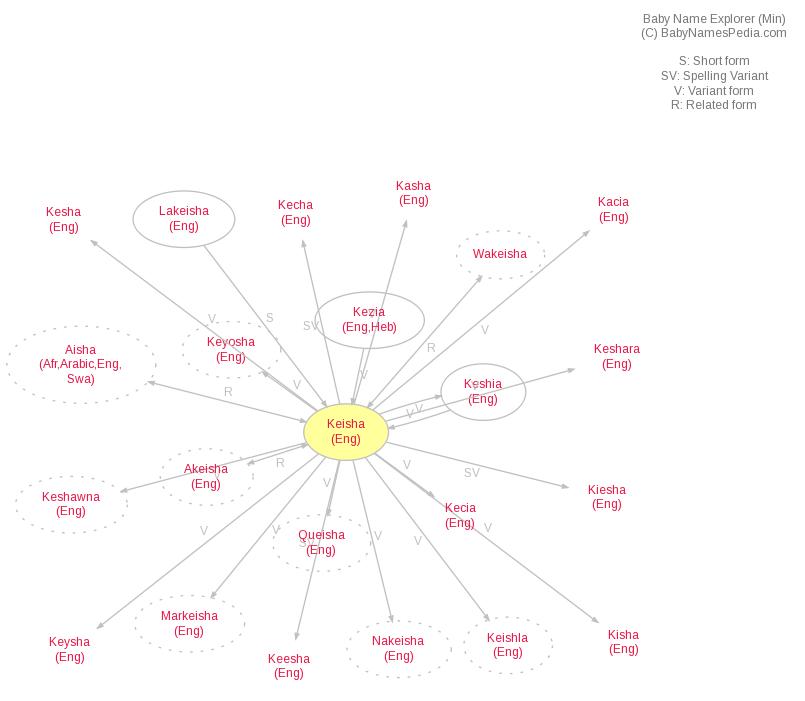