What does Kellen mean?

[ 2 syll. kel-len, ke-ll-en ] The baby boy name Kellen is also used as a girl name, but it is much more common for boys. Its pronunciation is KEHL-ehN †. Kellen is used chiefly in the English language, and it is derived from Irish Gaelic and Celtic origins. Celtic origin: It is derived from the element 'caol' which means narrow, slender.

Kellen is a variant of the name Kelan (English).

Kellen is also a variant of the name Kelly (English and Irish) in the English language.

Kellen is fairly popular as a baby name for boys. The name's popularity has been rising since the 1980s; before that, it was of irregular use only. At the modest peak of its usage in 2012, 0.046% of baby boys were given the name Kellen. It ranked at #337 then. In 2018, its usage was 0.018% and its ranking #699. Out of the group of boy names directly linked to Kellen, Kellan was the most commonly used. In 2018, it was used 26% more than Kellen. Kellen has mostly been a baby boy name in the past century. 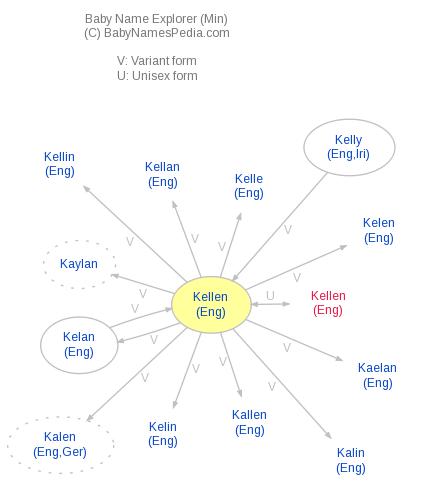