What does Kenan mean?

[ 2 syll. ke-nan, ken-an ] The baby boy name Kenan is pronounced KIY-NahN (English) †. Kenan has its origins in the Celtic and Hebrew languages. It is used largely in the English language. From Hebrew roots, its meaning is 'possession, smith'. A biblical name, its meaning is derived from the word qen. Qeynan (Hebrew) is an old form of Kenan. The name was borne by Cainan, a Biblical patriarch who was the great-grandson of Adam.

In addition, Kenan is an English variant transcription of Keenan (English and Irish).

Kenan is rare as a baby boy name. At the modest peak of its usage in 1997, 0.007% of baby boys were given the name Kenan. It was #968 in rank then. The baby name has experienced a decline in popularity since then, and is of only irregular use now. In 2018, out of the family of boy names directly linked to Kenan, Keenan was the most commonly used. 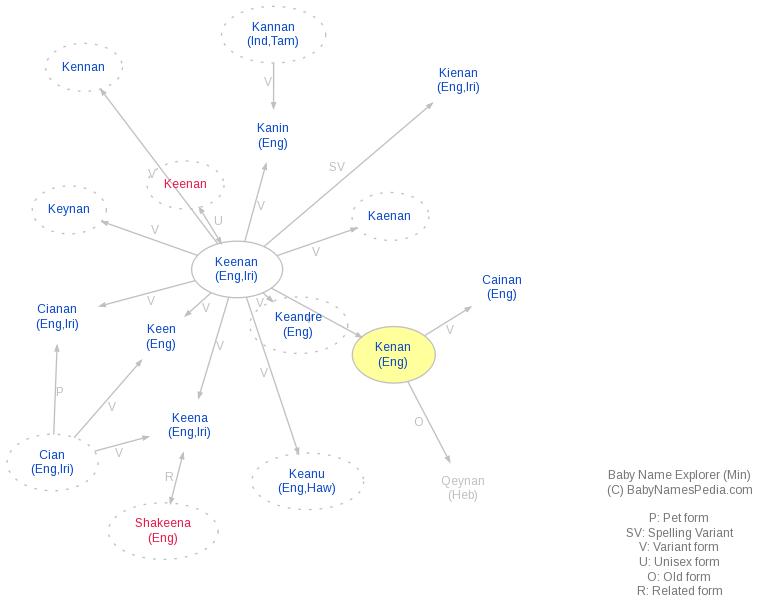