What does Kenda mean?

[ 2 syll. ken-da, ke-nda ] The baby girl name Kenda is pronounced KEHND-ah †. Kenda's origin is English-American, Old English, Celtic, and Native American-Sioux, and its use, English and Sioux. This could be a modern American coinage.

In addition, Kenda is a derivative of the English Kendall.

Kenda is also a derivative of the English Kendra.

Kenda is also a derivative of the Sioux Wakanda.

Both the origin and meaning of the name Kenda is inherited by all variant forms.

Kenda is not frequently used as a baby girl name. It is not ranked within the top 1000. In 2018, within the family of girl names directly linked to Kenda, Kendall was the most regularly used. 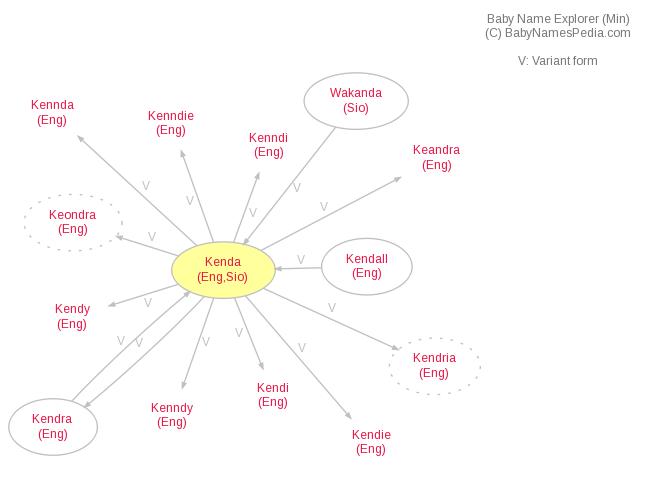