What does Kendall mean?

[ 2 syll. ken-dal(l), ke-nda-ll ] The baby girl name Kendall is also used, though less commonly, as a boy name. It is pronounced KEHNDaeL †. Kendall has its origins in the Old English language and it is used largely in English. The meaning of Kendall is 'valley of the River Kent'. It is derived from dael which means 'dale, valley' ; kent 'border' ; keld 'spring'. It represents the transferred use of the geographic name and the surname as a given name. See Kendall for more information.

Kendall is popular as a baby girl name. The name has been rising in popularity since the 1970s. At the modest peak of its usage in 2012, 0.136% of baby girls were named Kendall. It was #116 in rank then. In 2018, it ranked at #271 with a usage of 0.066%, and it was the most regularly used out of all girl names in its family. Though there were times from 1913 to 1992 when more boys than baby girls were given the name Kendall, the name is today more frequently used for baby girls. In 2017, 6 times more baby girls than boys were given the name Kendall. 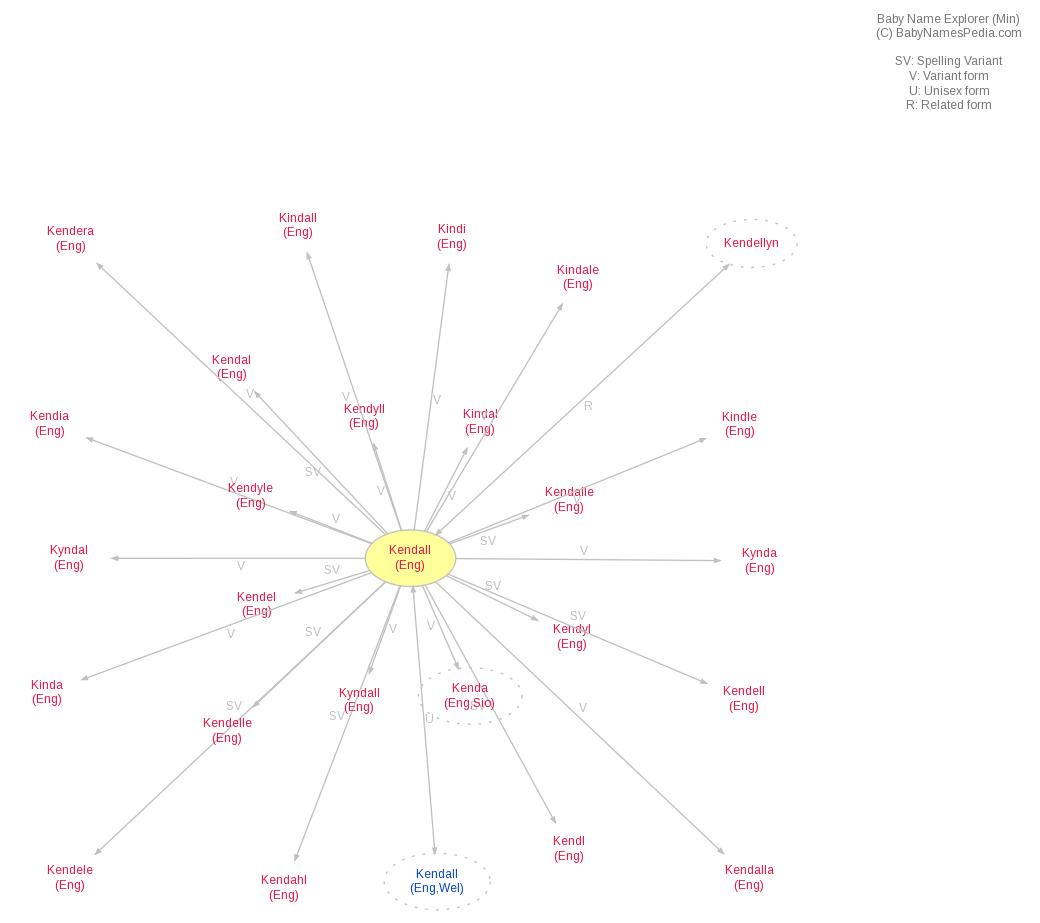