What does Kendra mean?

[ 2 syll. ken-dra, ke-nd-ra ] The baby girl name Kendra is pronounced KEHNDRah- †. Kendra is of English-American and Celtic origin. It is used mainly in English. From Celtic roots, its meaning is 'high summit, greatest champion'. It is derived from cene which means 'bold, keen' ; ric 'rich, powerful, ruler' ; cyne 'royal'. The name was recently coined as a feminine version of Kendrick.

Kendra is a form of the English and Sioux Kenda.

Kendra is the feminine equivalent of the English Kendrick. 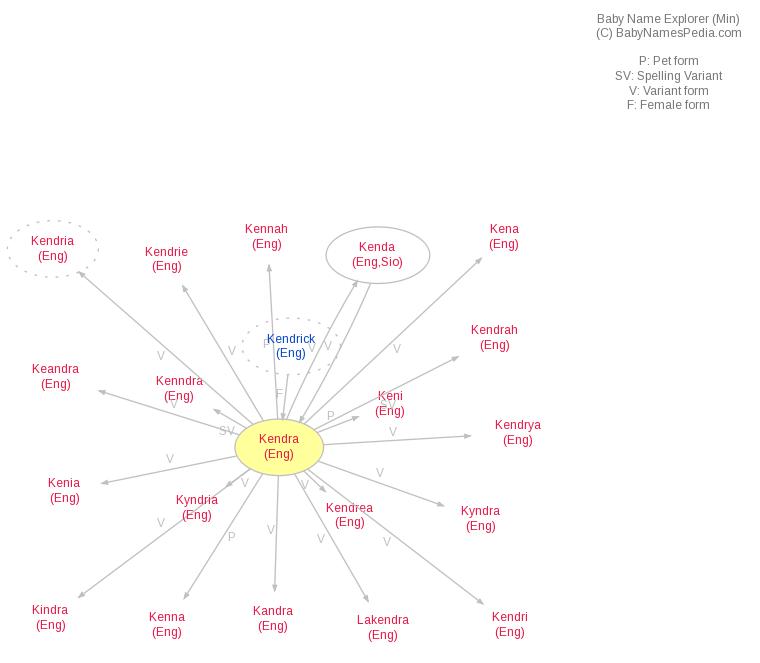