What does Kent mean?

[ 1 syll. ken(t), ke-nt ] The baby boy name Kent is pronounced KahNT †. Kent's origin is Celtic and Old English, and its use, Scandinavian and English. Celtic origin, English use: The first name is from the surname, which was originally given to someone from the English county of Kent; the place name is from the Celtic word kent. The first name was adopted only recently in the mid 20th century.

In addition, Kent is a Scandinavian familiar form of Kenneth (English, Gaelic, and Scottish).

Kent is also a short form of Kenton (English).

Variation transcriptions of Kent include Cant, Kennt, Kentrell, and Kentt.

Variant forms inherit both the origin and meaning of Kent.

Kent is uncommon as a baby boy name. At the modest height of its usage in 1962, 0.123% of baby boys were given the name Kent. It was #136 in rank then. The baby name has seen a substantial decline in popularity since then, and is of only infrequent use now. In 2018, within the family of boy names directly linked to Kent, Kenneth was the most popular. 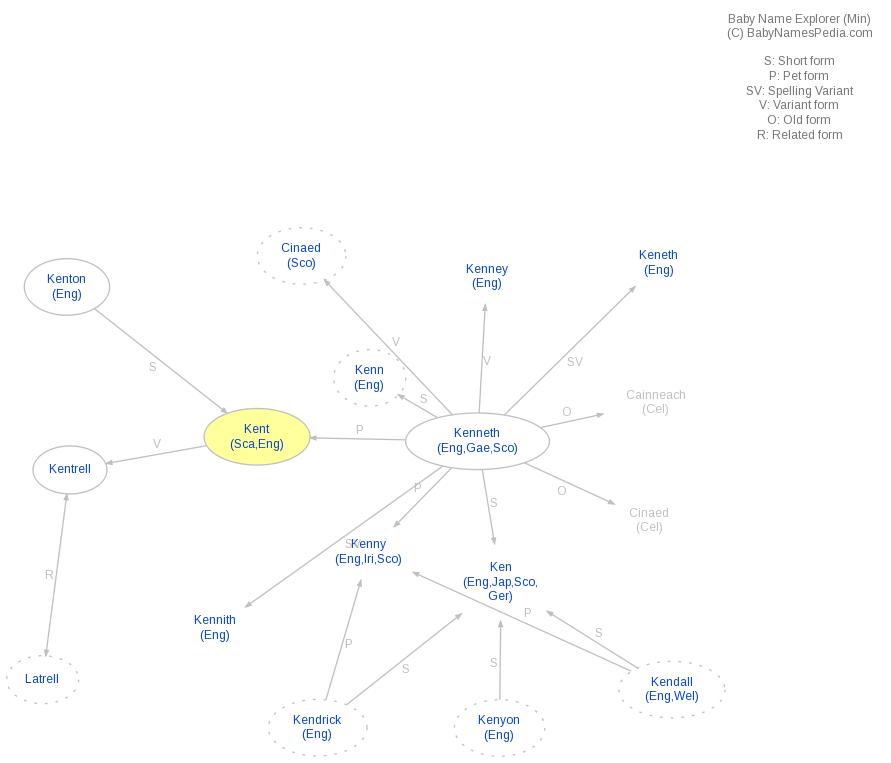