What does Kenyon mean?

Kenyon's language of origin is Old English and it is predominantly used in English. Kenyon's meaning is 'Ennion's mound'. The first name is derived from the surname, which is itself from a place name in Lancashire, England.

Another variant form of the name is the English shortening Ken.

Kenyon's language of origin is Celtic. It is predominantly used in English, Irish, and Welsh. Here, the meaning is 'white, fair-headed'.

A form of Kenyon is the Welsh Cenyon.

Kenyon is an uncommon baby boy name. At the modest height of its usage in 2005, 0.015% of baby boys were named Kenyon. It was #663 in rank then. The baby name has steeply dropped in popularity since then, and is used only on an infrequent scale now. Within all boy names in its family, Kenyon was nevertheless the most popular in 2018. 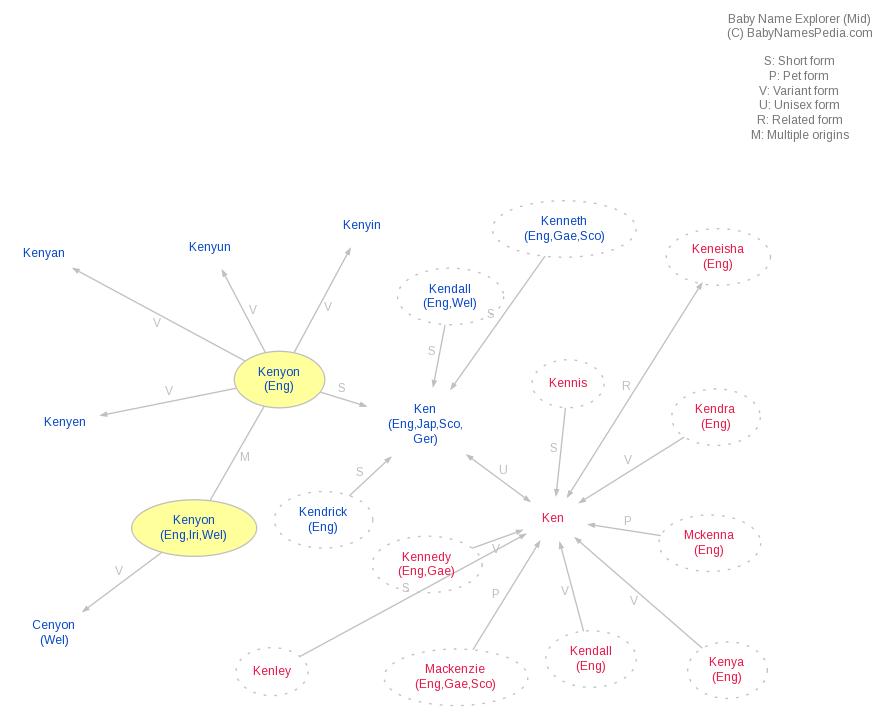