What does Kerry mean?

[ 2 syll. ker-ry, ke-rry ] The baby boy name Kerry is sometimes used as a girl name. Its pronunciation is KEH-Riy- †. Kerry is largely used in the English language and it is derived from Irish origins. It is from the element 'ciar' which means black. Ciarraí (Irish) is an original form of Kerry. The first name is derived from the name of the Irish county of Kerry, also known as Ciarraí, which means 'descendants of Ciar'. It is a recent name, probably originating in use from Australia at the start of the 20th century. The first name is not common in Ireland itself.

Kerry is a rare baby name for boys. At the modest peak of its usage in 1960, 0.101% of baby boys were given the name Kerry. It ranked at #158 then. The baby name has since steeply declined in popularity, and is now of sporadic use. Out of all boy names in its group, Kerry was nonetheless the most frequently used in 2018. Although there were times from 1967 to 1997 that Kerry was more popular with girls, today it is somewhat used more commonly as a baby boy name. 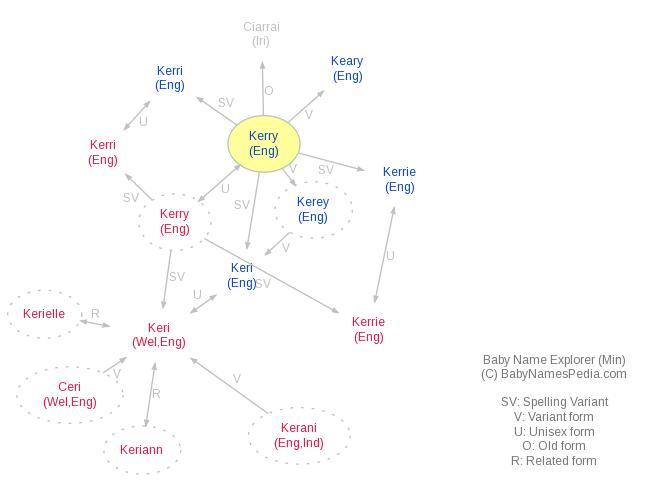