What does Kerwin mean?

[ 2 syll. ke-rwi(n), ker-w-in ] The baby boy name Kerwin is pronounced as K-ERWihN †. Kerwin is an English name of Irish Gaelic origin. The name is of the meaning little jet-black one.

Kerwin is a form of the English name Kirwin.

Kerwin is uncommon as a baby name for boys. At the modest height of its usage in 1959, 0.004% of baby boys were given the name Kerwin. Its ranking then was #804. The baby name has since fallen in popularity, and is now of sporadic use. Within all boy names in its group, Kerwin was nonetheless the most regularly used in 2018. 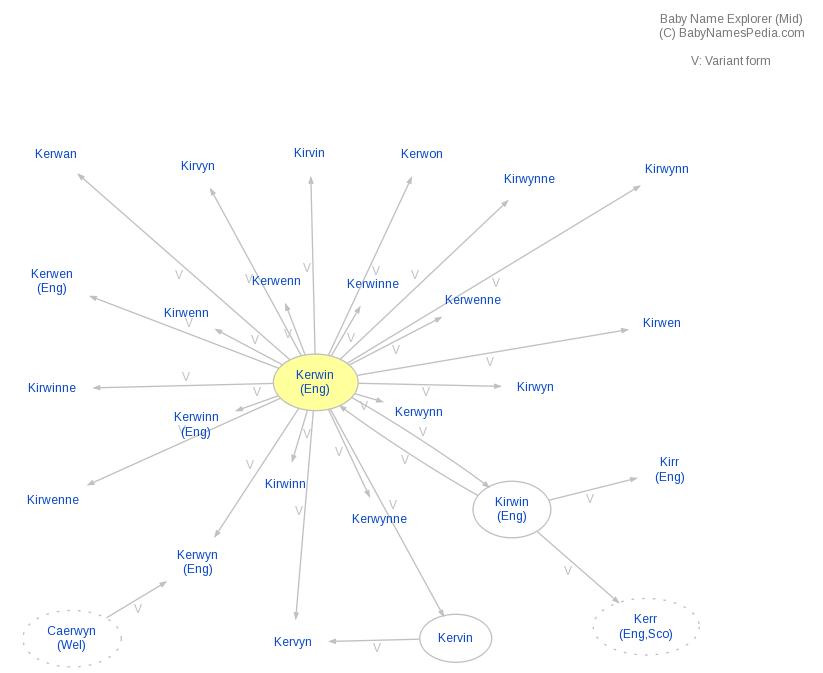