Keshawna is a form of the English Keisha.

Forms of Keshawna include the names Keshan and Keshawn.

Variant forms inherit the origin and meaning of the name Keshawna.

Keshawna is not regularly used as a baby name for girls. It is not ranked within the top 1000 names. 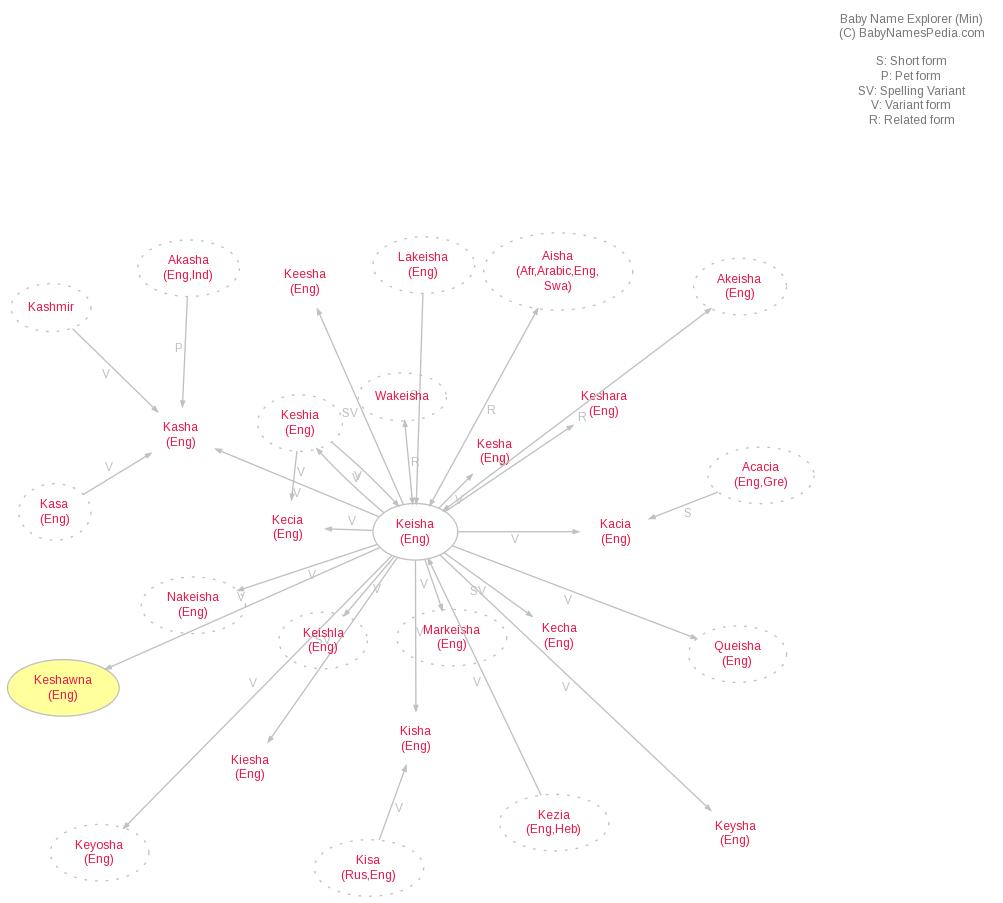