What does Khairi mean?

[ syll. (k)hai-ri, kh-a-iri ] The baby boy name Khairi is pronounced as K-EH-Riy †. Khairi is derived from African-Swahili origins. The name's meaning is a kingly man.

Khairi is rarely used as a baby name for boys. It is ranked outside of the top 1000 names. 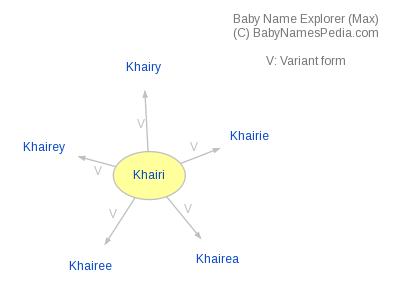