What does Khalida mean?

[ 3 syll. (k)ha-li-da, kh-al-ida ] The baby girl name Khalida is pronounced K-aa-Liy-D-ah †. Khalida's origin and use are both in the Arabic language. It is derived from the word khalid with the meaning 'eternal, immortal'. Khalida is the feminine form of the Arabic and English Khalid.

Khalida has 13 forms that are used in English and foreign languages. English forms of the name include Kalid, Khaalida, Khaleada, Khaleeda, Khali, Khalia, Khalidah, Khalita, Khaliyah, Khalyda, Khulood, and Khulud. The Arabic and Urdu Khaleda is a form of Khalida that is used in foreign languages.

Khalida is not often used as a baby girl name. It is not in the top 1000 names. 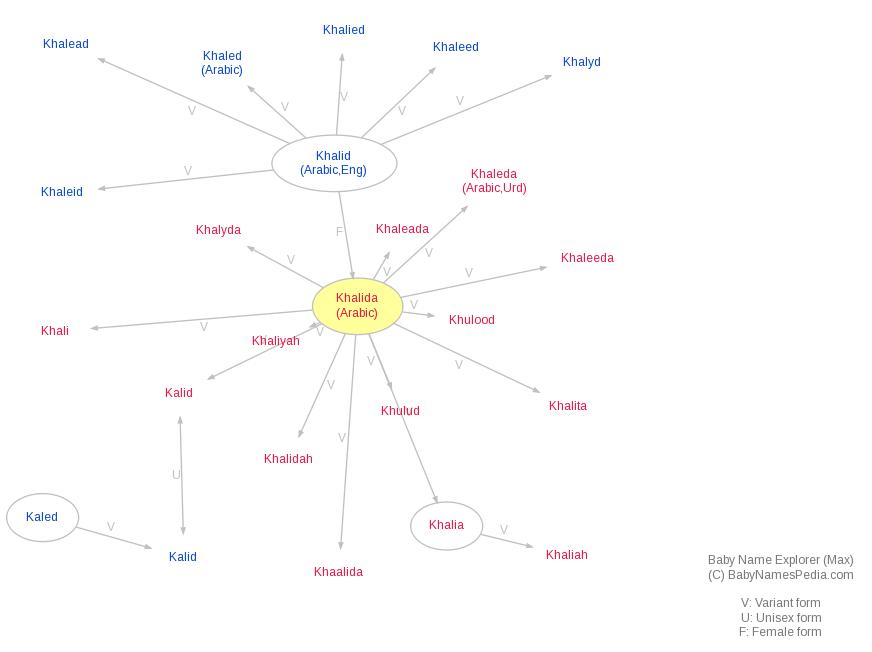