What does Khalilah mean?

[ 3 syll. (k)ha-li-lah, kh-alil-ah ] The baby girl name Khalilah is pronounced Kaa-LIY-L-aa- †. Khalilah has its origins in the Arabic language and it is also used largely in Arabic. It is derived from the word khalil which is of the meaning 'bosom friend'. It represents the transferred use of the vocabulary word as a given name. Khalilah is the feminine form of the Arabic and English Khalil.

Khalilah is uncommon as a baby girl name. At the modest height of its usage in 1976, 0.013% of baby girls were named Khalilah. It had a ranking of #718 then. The baby name has dropped out of favor since then, and is used only on a very light scale today. In 2018, within the family of girl names directly related to Khalilah, Kaylee was the most regularly used. 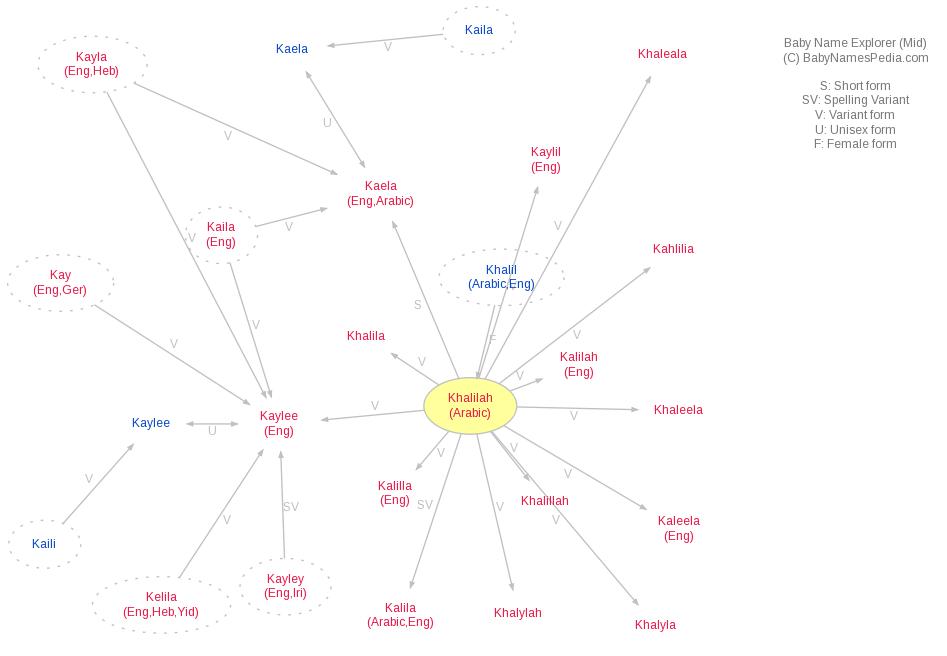