What does Kia mean?

[ 2 syll. kia, ki-a ] The baby girl name Kia is pronounced as KIY-aa- †. Kia is primarily used in the English and Scandinavian languages, and it is of African-Hausa and English origin.

Kia is a form of the English name Ciah.

Kia is also an English and Scandinavian short form of the English and Hawaiian name Kiana.

Kia is also a form of the English name Kya.

See also the related forms, the name Akia and the name Shakia.

Kia is an uncommon baby name for girls. At the modest height of its usage in 1993, 0.018% of baby girls were given the name Kia. Its ranking then was #646. The baby name has since experienced a steep decline in frequency, and is now of sporadic use. In 2018, within the group of girl names directly linked to Kia, Kiana was the most widely used. 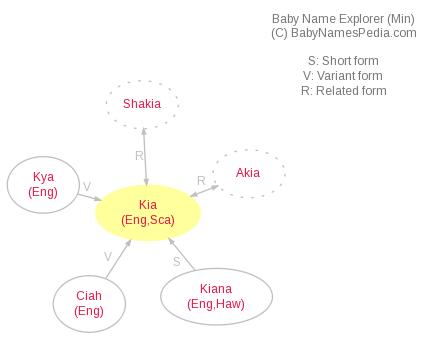