What does Kim mean?

Kim is used chiefly in the English language and its origin is Old English. It is derived from the element 'cynebeald' meaning kin bold, brave king. See Kim for more information.

Kimie, Kimmy, and Kym are variants of Kim.

Kim's language of origin is Korean. This is a common romanization of the Korean surname meaning 'gold'. See Kim for more information.

In addition, Kim is a short form of the name Joachim (English, French, German, and Polish) in the Scandinavian language.

Kim is also a short form of the name Kimball (English).

Kim is also a short form of the name Kimberley (English).

Kim is an uncommon baby name for boys. At the modest height of its usage in 1955, 0.168% of baby boys were given the name Kim. It ranked at #97 then. The baby name has since steeply fallen in popularity, and is now of irregular use. Within all boy names in its group, Kim was nonetheless the most popular in 2018. 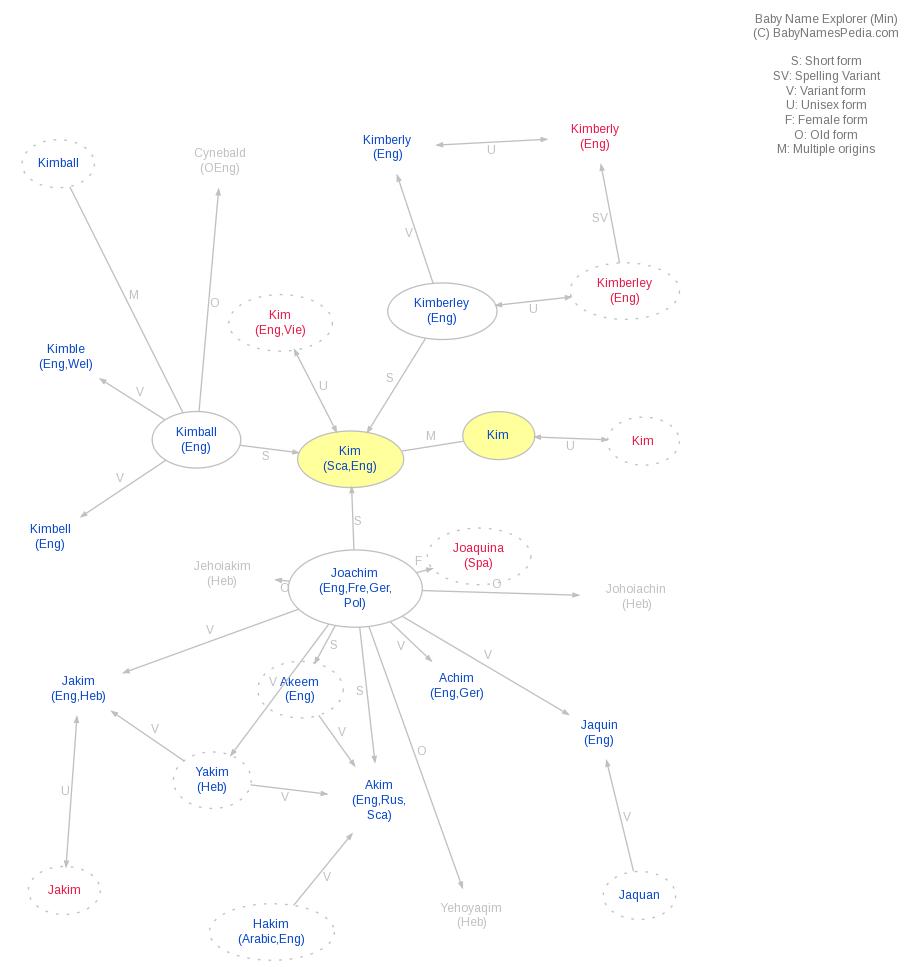