What does Kingston mean?

[ 2 syll. kin-(g)(s)ton, ki-ngst-on ] The baby boy name Kingston is pronounced KIH-NGSTahN †. Kingston is of Old English origin and it is used mainly in English. Kingston's meaning is 'from the king's estate'.

Kingston is popular as a baby name for boys, and it is also perceived to be trendy. The name has been rising in popularity since the 2000s; prior to that, it was of only sporadic use. At the modest peak of its usage in 2018, 0.173% of baby boys were named Kingston. It ranked at #117 then. Out of all boy names in its group, Kingston was the most popular in 2018. 29% more boys were named Kingston than the next ranked name, King, in that year. 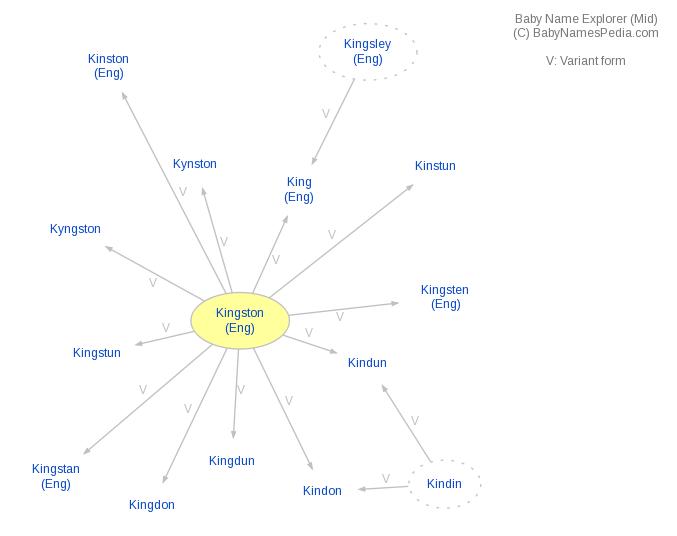