What does Kira mean?

The origin of Kira is Celtic, Old Persian, Hebrew.

Kira is of Latin origin. Here, it means light.

Kira is a variation (English) of the name Ciara (English, Gaelic, and Irish).

Kira is also a shortening of the name Yakira (Hebrew).

See also the related forms, the name Akira, the name Dakira, and the English Takira. 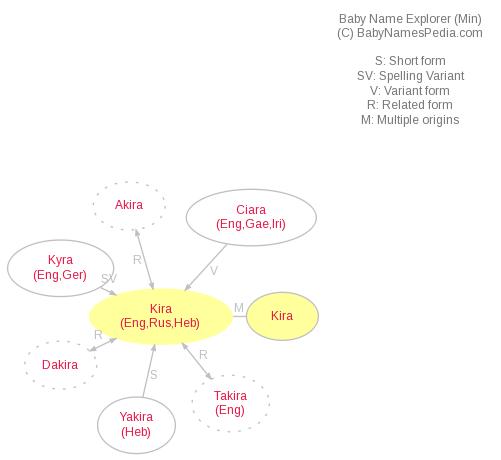