What does Kirk mean?

[ 1 syll. kir(k), ki-rk ] The baby boy name Kirk is pronounced as K-erK †. Kirk is used chiefly in the English language and it is derived from Old Norse origins. It is derived from the element 'kirkja' which means church. The first name is from the surname, which was originally given as a byname to someone living near a church. The name was first adopted in the mid 19th century, and it saw a boost in popularity in the 20th century from the fame of the US actor Kirk Douglas (Issur Danielovitch, 1916-).

Kirk is unusual as a baby name for boys. Its usage peaked modestly in 1962 with 0.121% of baby boys being given the name Kirk. It ranked at #139 then. The baby name has since fallen out of favor, and is today of very light use. Among all boy names in its group, Kirk was nonetheless the most regularly used in 2018. 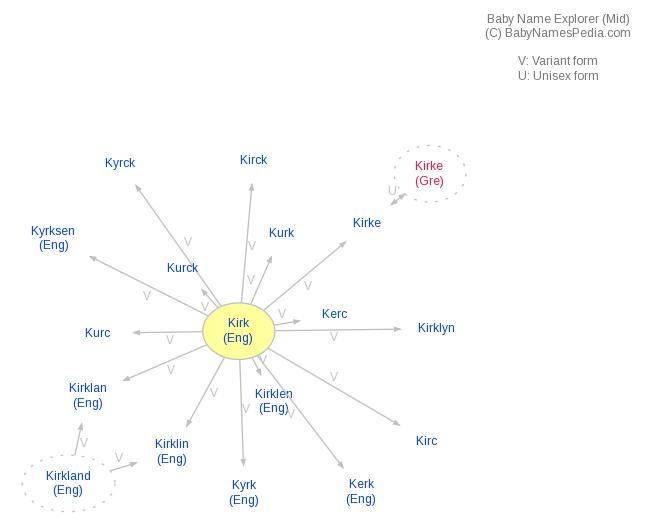